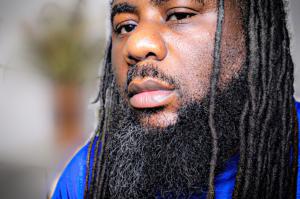 Rapper Deveondi says “it’s time to take back full control of my music”.

Rapper Deveondi was informed that his most recent album had been totally removed from the Amazon Music platform. Find out what happened next.

ATLANTA, GEORGIA, UNITED STATES, October 14, 2020 /EINPresswire.com/ — On Saturday, October 10, 2020 rapper Deveondi was informed that his most recent album ‘Last Definition of Dope’ had been totally removed from the Amazon Music platform. Deveondi has no idea what happened which prompted him to personally reached out to Amazon for answers. Unfortunately he has not receive any information as to why the album was removed.

Deveondi says his feelings about what happened at Amazon Music are unsettling to say the least. “I don’t like that some of my fans couldn’t listen to my music for that period of time but this has created an opportunity for me to do what I’ve been feeling in my spirit to do anyway. It’s time to take back full control of my music.”

The rapper went on to talk about a special surprise he has for his fans just for the trouble they had to go through when they attempted to find his music online. “On or before Friday October 16, 2020 Deveondi Publishing Co will rerelease ‘Last Definition of Dope’ with two additional songs included. This rerelease will be exclusively sold on Deveondi’s official website, www.deveondi.com.

Hip Hop star and business owner Deveondi has released two studio albums in 2020 alone and because of this he has achieved global success. Both albums have received amazing reviews and have been trending on iTunes, and Amazon for the past 12 weeks.

Deveondi recently notified fans via Instagram of his possible plan to remove his music from all streaming platforms. He went on to say “I believe all artist would do much better if they took back control of their music and how it is being listened to online”.

Deveondi started Deveondi Publishing Co earlier this year and operates it independently, distributing his own music on platforms like Amazon Music, iTunes, and YouTube.