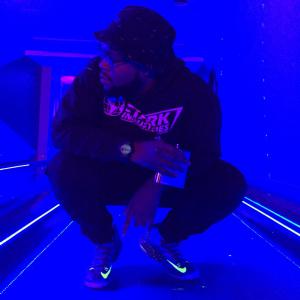 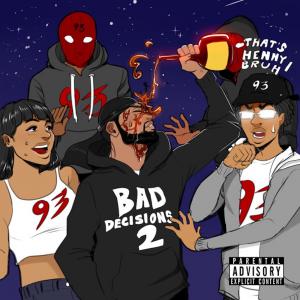 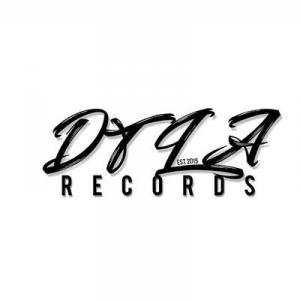 One of the most consistent; but under the radar, indie record labels on the West Coast is releasing some classic Hip Hop gems. "Bad Decisions 2" is one of them.

NEW YORK, NEW YORK, UNITED STATES, October 16, 2020 /EINPresswire.com/ — Ever heard of DTLA Records (Down Town Los Angeles Records)? What about independent D.C. Rapper Rashad Stark? If you are not familiar with either, this is the perfect time to get acquainted with the label and one of their artists. Go to Apple Music or Spotify, or any of the popular music stores that BERYL MEDIA distributes to, find "Bad Decisions 2", and press play. As a matter of fact, go straight to track number 3 (100 Degrees) for a proper and quick introduction to this musical artist. You will instantly become a fan of Stark after hearing the line "I am not Samuel Jackson, I do not know how to act". His flow is unorthodox, his delivery varies from Superhero-cocky, to introvert-emo; with witty punchlines to keep you listening. Not to mention his female "Rashad, Stark" adlibs are signature Hip Hop ear candies.

Rashad Stark is a diverse music artist; not just a Rapper, and "Bad Decisions 2" is an incredible Hip Hop rollercoaster ride on pills & raw emotions. Want a good example of the spectrum of emotions this project contains, then go listen to track number 13 (Make You Chop), a super infectious dance track that will make you "Chop" even if you don't know how. After you're finished dancing, go straight to track number 5 (Relapse), and you'll immediately respect this artist's creative range. This album is an independent Hip Hop gem, and so are many of the releases on DTLA Records ; including Kasey Jones "All Dogs Go To Heaven", WifiGawd's "Lord of The Fly", Fat Trel's "1901", and so much more!

DTLA Records is an indie Hip Hop record label established in 2015. It's roster includes many Hip Hop artists who have major label ties, with significant fanbases. The label's catalog size is huge, and it includes features from names like Rick Ross, Lil Uzi Vert, Young Thug, Kevin Gates, and many more. The label consistently releases new music, and absolutely is one of the more promising independent Hip Hop labels that should be paid attention to. We can think of no better way to get acquainted to this record label, other than for you to stream "Bad Decisions 2", by Rashad Stark, today.