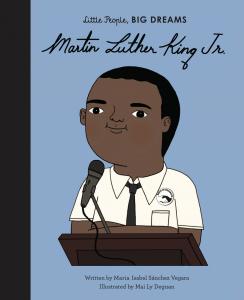 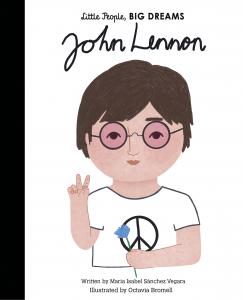 LONDON, UNITED KINGDOM, October 16, 2020 /EINPresswire.com/ — – New research reveals that almost one third of UK children cannot identify either John Lennon or Martin Luther King by the work they have done

– Majority of kids (73%) do not know the work of Frida Kahlo, almost half (43%) haven‚Äôt heard of Aretha Franklin and a third (33%) couldn‚Äôt identify Marie Curie

– Little People, BIG DREAMS celebrated the 50th title in their series on 13th October 2020 with the release of a special gold foil edition of Elton John, which will join other musical legends in the series such as Aretha Franklin, Dolly Parton (out now) and John Lennon (published 17th November)

New research reveals up to a third of UK children have never heard of vital historical figures including John Lennon and Martin Luther King.

There was quite a bit of confusion from the young survey respondents on the backgrounds of some of the famous figures. In a piece of video content created to accompany the survey ‚Äì which can be viewed here – one child commented that they thought John Lennon might have ‚Äúdiscovered glasses‚Äù and another thought Ru Paul oversaw ‚Äúa race where people drag things‚Äù.

Sir David Attenborough seemed to fair slightly better, with almost a third (32%) of survey respondents correctly naming him as a television presenter and conservationist and another third suggesting he is a TV presenter ‚Äì although 3% did say he might be a TV gardener‚Ä¶

Most recognisable of them all was Sir Elton John, with a whopping 82% of kids correctly identifying him as a singer and musician (must be those trademark specs!).

The research has been developed on behalf of Little People, BIG DREAMS – a bestselling series of books and educational games that explore the lives of outstanding people, from designers and artists to scientists and activists. Newly launching in 2020 are the stories of John Lennon, Aretha Franklin and Elton John ‚Äì which was the series‚Äô 50th edition released on 13th October.

Also recorded in the research was the news that a third of kids (30%) say books are key to their learning and 33% read every single day.

Katy Flint, Commissioning Editor and Brand Manager for Little People, BIG DREAMS said: ‚ÄúI think we all know how vital it is to get kids reading, as it helps them learn about the world around them in a way that suits their growing imaginations. Our Little People, BIG DREAMS books are all about bringing these important figures to life for young children, making them relevant to their own experiences and, most importantly, making reading fun.‚Äù

Maria Isabel Sanchez Vegara, author of Little People, BIG DREAMS said: ‚ÄúIt‚Äôs so interesting to see the results of the research. It shows how relevant a book can be to inspire our little people. To me, the success of this series relies on the fact that children love to read real stories about other children achieving great things. It gives them the strength and the courage to believe in themselves and dream BIG. Just like Elton John, Aretha Franklin or John Lennon did.‚Äù

Little People, BIG DREAMS is a best-selling series of books presenting the lives of pioneering figures for young readers. The latest releases, telling the life stories of Elton John, John Lennon and Aretha Franklin, are available to buy at www.littlepeoplebigdreams.com