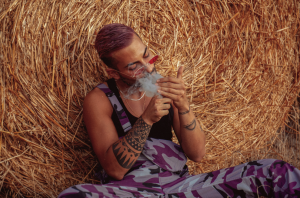 Quiero Más is Available Now on All Major Platforms

Luke ATME expresses questions and doubts in “Quiero Más”. The dancing between languages in the song mirrors Luke’s internal struggle, causing confusion and instability. “Quiero Más” is for when you're attached to someone that is doing you wrong, but you can't let go. When “you feel it ain't being healthy but at the same time there's a sort of inexplicable reason that it's meant to be,” says Luke. It’s about a toxic relationship, like a drug that you’re addicted to, and you can’t say no.

The contrasting story continues as the relationship was hot and heavy in the summertime but it ended just as quickly as it started. With the sting from the relationship still fresh and strong communication that flows in between, Luke still wants more. Although the song’s story may not be upbeat, the melody of the pop/reggaeton song is, Luke ATME reinvents himself with this poignant new single.

“Quiero Más” is available now on Spotify and all major platforms. Follow Luke ATME on Facebook, and Instagram to stay current on future releases and more.

Originally from Naples, Italy, the artist started singing at 14 years old, mainly recording and uploading covers online. As he went through school, Luke ATME, was a part of a dance crew from his hometown, competing in national dance challenges. During this time he would also perform at local events, combining his singing and dancing skills for the first time. Shortly after, he went to the University of West London for music performance, graduating in 2017. The following year he released his first EP, “Loudest!”, led by single “Higher” which played in the UK. Most recently in 2019, the artist has won several awards including, a Golden Award for “Song of the Year'' for his Spanish single “Perdóname", AAA4Success Award “Artist of the Year”, and the Golden Award for “Artist of the Year.”