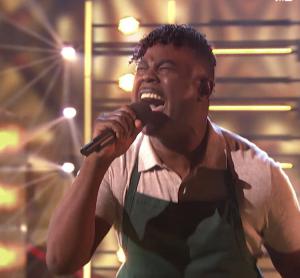 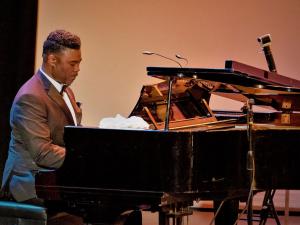 Triple threat entertainer Mario Bryant is a game changer in the entertainment world. He is classically trained as an opera singer and expertly plays piano and sings genres such as pop, gospel and R&B. He is in demand to sing the National Anthem for pro sports teams. 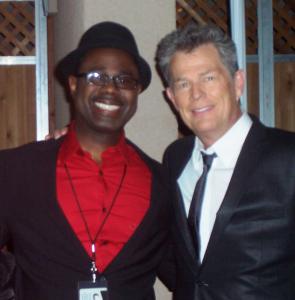 A rising American popera star, Bryant, a triple threat – singer, songwriter, and pianist, proved that you can't judge talent by their profession or appearance.

I use my voice to reach out to the world not just one race or culture by singing in other languages and combining R&B, pop and opera in my own style.”
— Mario Bryant, a rising American popera entertainer.

HOLLYWOOD, CA, UNITED STATES, October 26, 2020 /EINPresswire.com/ — Mario Bryant, a rising American popera star, appeared on the Fox show, "I Can See Your Voice," in Episode 3. Bryant's stand out performance of "You're Gonna Love Me" by Jennifer Hudson brought the host comedian Ken Jeong and celebrity judges: Nicole Scherzinger, DeRay Davis, Russell Peters, Cheryl Hines, and Adrienne Houghton – to their feet after their jaws dropped to the floor. Bryant is a versatile singer with an eclectic style of gospel, pop, R&B and opera.

The American version of the game show, airs Wednesdays on Fox at 9 p.m. PST, is an adaptation of the South Korean series of the same name. Fourteen versions have been produced in thirteen countries. Bryant fooled the judges on "I Can See Your Voice," because they saw him as the supermarket clerk, which is his day job. "I have worked for Stater Brothers for several years and known as the singing produce manager," said Bryant, a dedicated family man and father of two boys. "Singing is my passion and I enjoy working at Stater Brothers and the opportunities offered at the company."

So, who is Mario? A native of Cerritos, California, a multicultural city in Los Angeles County, Bryant was born into a musical family. "Music ran through my veins but I had big footsteps to follow," he said. "My grandfather sang, played the violin, piano, and sax. My grandmother sang and played the organ. My dad was a singer, preacher, drummer, and played organ. For me, the most influential musician in my family was Aunt Jossy who sang opera and gospel and she was a killer choir director."

Even with all that pressure, Bryant, at the age of 4, sang his first solo in his church choir. He was a musical natural and he wanted to learn more. "We didn't have a piano at home but I watched Aunt Jossy and others sing and play the organ in church," said Bryant. "I improvised when I found my father’s typewriter and pretended to play the piano."

His high school performing arts teacher encouraged him to take a different path from hip hop or rap. Bryant envisioned a bigger picture and wanted to use his music to reach out to the world not just one race or culture. While his teachers and other music experts were guiding him towards a music career, his father strongly discouraged him. "He would tell me not to go into music, that I should be a doctor or lawyer," said Bryant. "I blocked him out and continued to pursue my dream."

The tide changed and Bryant's musical horizons were broadened as a student at Cerritos College when he was introduced to the world of classical music. His music instructor was Rhonda Dillon who made her Broadway debut in 1988 in Sir Andrew Lloyd Webber’s, "The Phantom of the Opera." Dillon's voice can be heard on the soundtracks of such films as, "Infidelity," "Like Father Like Son," "Burglar," and "Empire of the Sun."

Dillon recognized his vocal range and encouraged Bryant to sing opera. "Rhonda had a heart-to-heart talk with me," said Bryant. "She told me you have an amazing voice and I suggest you sing opera because there are not too many Black guys doing it and you can be very successful.” If anyone knows talent, it's Dillon who is on the board of the National Association of Teachers of Singing.

During those formative years, Bryant was torn between the R&B world and opera. "My mother had always told me that my gift will make room for me,” said Bryant. He finally realized what she’d meant all those years. He didn’t have to choose! He could and expertly does combine pop and opera in a style that’s uniquely his own.

Bryant got a break on the Arsenio Hall Show. "My friend and I headed out to Hollywood to see his show in person. The warm-up guy asked if there is anybody in the audience that can sing," Bryant recalls. "My friend energetically raised her hand and pointed to me and shouted, “Right here, he can sing.” "Without hesitation, the warm-up guy ran up to me and gave me the mic,", he said. "I sang, 'It's So Hard To Say Goodbye To Yesterday' by Boyz II Men. The warm-up guy stopped me after the first phrase and said, 'You come down here to the stage.' I looked at Arsenio’s music director and said, 'Key of E, please.' They tuned up and I went for it. The audience went insane! The warm-up guy said, 'You come back anytime.' And I did!"

To continue to ride the wave of his musical career affirmation, Bryant entered the award-winning David Foster's contest, "Name Drop." He won and met with Foster to rehearse for a live concert at the Universal Amphitheater in Hollywood, California. The event was attended by several celebrities. "David and his orchestra played for me," said Bryant. "I was super nervous, but I did my thing."

Bryant added, "One of the highlights of the night was the moment Dr. Phil came backstage to congratulate me. He said, 'Great job, I was really impressed'. If David Foster and Dr. Phil liked my performance, then I knew I can do this." Once you hear Bryant sing, you will never forget his voice.

For interviews and bookings, contact Marie Lemelle at marielemelle@platinumstarpr.com or 213-276-7827.