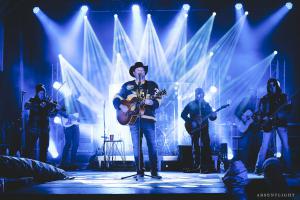 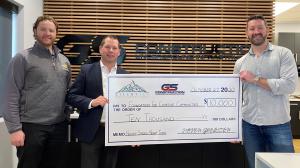 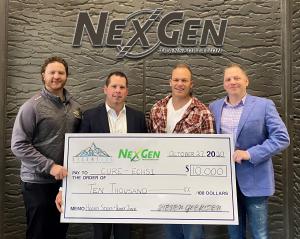 A big thank you to Gord Bamford, his band and crew, Steve Newsome and Jake Buckley for their incredible performances and to all the amazing volunteers whose hard work was greatly appreciated.

The mission for Silent Ice Sports & Entertainment was to provide people with some much needed entertainment and raise some funds and awareness for some charities in need. With that being said, we are extremely proud to announce the following:

A donation in the sum of $10,000 to be split evenly between CURE – ECHS1 and The Foundation for Cohesive Communities Parkland County. In addition to this donation, both NeXgen Transportation and GS Construction have committed an additional $5,000 each, bringing the amount raised for each charity to an even $10,000.

The Kinettes Christmas Hamper Drive was an outstanding success! Over $2,200 in cash and over 300 toys were donated by people attending the event.

With cash and toys, an estimated total of over $28,000 was raised for local charities from the Hockey Sticks and Honky Concert.

Silent Ice Sports and Entertainment would once again like to thank everyone who played a role in making this incredible event such a success. We can’t wait to see you all again!