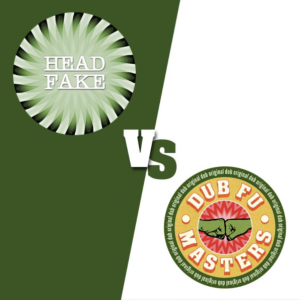 Head Fake vs. Dub Fu Masters takes club lovers back to the fun, crowded club atmosphere they used to experience, before the recent suspension due to the pandemic.

Head Fake’s inspiration behind this project was to make club versions of his previously released tracks, such as “One Step”, one of the first recorded tracks of his career with an 80s melody; “Trump Funk”, a song encompassing the chaos of the past four years; and “Overjoyed”, a sober song with upbeat lyrics.

Dub Fu Masters quickly joined in on Head Fake’s sonic vision and wants the album’s upbeat sound to allow listeners to feel similar emotions as they would in a club setting. experience with

Head Fake Vs. Dub Fu Masters is available now on Spotify and all major platforms. Follow Head Fake on Instagram for more information.

Blending retro synths with modern tools, Head Fake’s trio of semi-anonymous veteran artists/producers are bringing the unique sounds and energy of transformational 80’s music to the ears of both a new generation and their nostalgic parents. Recorded in studios in London, New Jersey, Los Angeles, and Miami, Head Fake seamlessly blends the cross-pond and cross-continental radio influences of their youth into a “could have been hits back then” collection of new music.