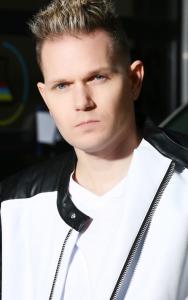 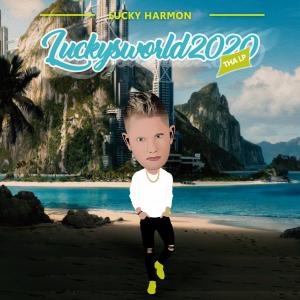 Chances are, you’ve seen Lucky Harmon around somewhere. Perhaps you recognize him from the movies Fate of the Furious, Pitch Perfect 3, and Wonder Woman 84, or his appearances on The Vampire Diaries or House Of Cards. Perhaps you caught him on commercials for Mountain Dew, MGM Grand Casinos, or Golden Corral. Either way, the multi-versed creative has dipped into many creative hotspots. The pop/dance singer cites Justin Timberlake, Justin Bieber, LMFAO, J Balvin, Usher, Pitbull, and David Guetta as his inspiration sources while merging personal experiences in every fresh new track. Success on screen and in the studio comes naturally to him; his past single “Idolize Me” charted on Billboard Top 40.

The Atlanta singer launched his music career in 2009 with his first EP Welcome to My World, and released the Luckysworld EP in 2015. Five years later, Harmon entered October strong with Luckysworld 2020 Tha LP, an album that will excite pop lovers with its propulsive beat and decorated flows. His latest projects are The Good Lord Bird, The Walking Dead, The World Beyond, Shazam, Wonder Woman 84, and Empath. His years of performing give him that natural edge, and his music delivers fearless self-expression and tasteful lyricism.

Since quarantine has begun, everybody’s FOMO (fear of missing out) has been at an all-time high. Scrolling through memories on our camera rolls shows how fun and carefree life used to be, and we begin to miss what we used to have. Yet, there is one thing that can help fill the void: parties, and even though we can’t have them doesn’t mean we still can’t enjoy them. Thankfully, Lucky Harmon’s “Party Life” feat. Rapper BboyFidget gives us all the weekend vibes we need in a three-and-a-half-minute lively clip. Harmon’s cracked the formula for the ideal function. Pretty girls? Plenty. Alcohol? Copious amounts, of course. Dancing? Always. After its release, “Party Life” became one of internet radio’s most popular requests and charted on Mediabase indie rhythmic. It climbed the charts on the National Top 200 and earned a spot as one of that week’s hottest pop songs. You don’t need to be at a club to “let the music take control,” so grab your cups and cheers to the good times, yesterday, today, and tomorrow.