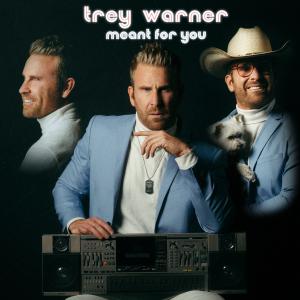 Meant For You Available Now on All Major Platforms

Meant For You was heavily influenced by the movie, The Christmas Project Reunion, which is set in the late 80s to early 90s. It features rock melodies from that era blended with modern sounds to create unique, cinematic music.

Trey Warner is a proven songwriter with an undeniable sense of melody. His sound continues to evolve and represents a more refined, infectious pop-punk. Often through clever yet vulnerable lyrics, Warner manages to bend over-arching maxims to the will of his perceived shortcomings, making you want to laugh and root for him at the same time.

Music videos for singles on the EP, “Meant For You” and “We Found Love, Young Love”.

Trey Warner is an American actor and musician from Utah, who grew up interested in arts, music, and film. He first started this career in a rock band called Rated Hero, playing shows with bands like Blink 182, Jimmy Eat World, Incubus, and many more. After some time Trey decided it was time to leave the band. He started to focus more on work, hoping to one day become financially stable and debt-free. By his 28th birthday, he reached his goal which now allows Trey to pursue what he loves, music and film.