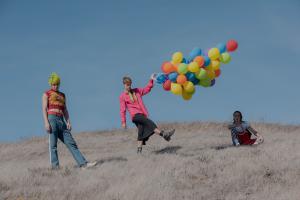 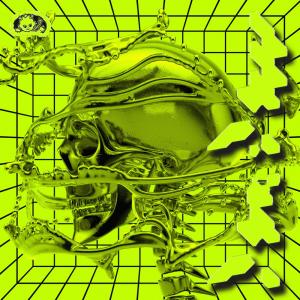 The fashions, the automobiles, the newspapers, and even the computers are all appropriate to the period

SAN FRANCISCO, CA, USA, November 25, 2020 /EINPresswire.com/ — Songs can be paused, books can be put down, and movies are fundamentally passive entertainment. But a good simulation video game is wholly immersive. A game like The Sims draws its players into a parallel universe – one that's malleable and occasionally punishing and requires constant attention. Who among us hasn't lost hours to a simulation like that? The members of San Francisco indie rock band Hot Flash Heat Wave know all about the lure of the screen, the strange hypnosis generated by glowing pixels, and the irresistible pull of the continuing (and never ending!) story. In their smart and very funny clip for "Grudge," their latest single, they poke fun at the simulation by becoming Sims themselves and acting the role with uncanny accuracy, right down to the blank stares and the robotic motions.

Part of the joke is that there's nothing even slightly stiff or machine-processed about Hot Flash Heat Wave. The band has built a reputation for making some of the loosest, breeziest, most inviting rock music in the Bay Area. Even when they get worked up, they're fundamentally relaxed, approachable, and fun – and thoroughly human. Mood Ring, their 2019 EP, presented the group as heirs to more than a few worthy musical traditions: surf rock (check out that guitar tone!), San Francisco psych, fizzy, party-ready power-pop, insouciant glow-in-the-dark punk, and new wave. The group's recent cover of The Smiths' classic "This Night Has Opened My Eyes" demonstrated their sense of history – and their good taste, too. Now comes "Grudge," the single that realizes the young band's immense promise. It's a recording of immense charm and emotional generosity, and no small amount of whimsy.

Noah Porter's video for "Grudge" is also lighthearted, but it's also well-researched historical fiction: it's set in the early 1990s, and the director and the band have taken pains to get all the details right. The fashions, the automobiles, the newspapers, and even the computers are all appropriate to the period. The young couple at the center of the clip play their simulation video game on a vintage iMac, running an operating system that, we'll wager, is going to make you quite nostalgic to see. Before long, the girlfriend is mesmerized by the game, transfixed by the members of Hot Flash Heat Wave, as they execute the simple commands, perform daily activities, and watch screens within screens. Is she so lost in the simulation that she'll forget to pick up her real-life boyfriend at the airport? Or will something, or someone, rouse her from her digital reverie?