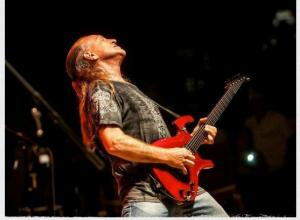 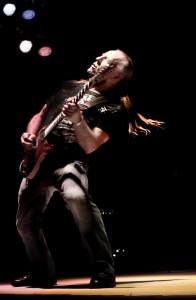 Mark Farner is the original frontman, the engine that pulled the original Grand Funk Railroad to the top of the charts.

I’m forever indebted to the men and women that protect our freedoms.”
— Mark Farner

MICHIGAN , UNITED STATES , November 26, 2020 /EINPresswire.com/ — Michigan’s legendary rock and roll guitarist and frontman Mark Farner continues his pledge to honor American heroes with a Cyber Monday (November 30, 8 p.m. EST) appearance on social-shopping network, TalkShopLive. He will be answering questions from fans and chatting about his live DVD, From Chile With Love. The DVD lands February 23, 2021. Pre-orders are currently available on Farner's website.

Farner will donate $3 from every DVD ordered during his TalkShopLive appearance to the Veterans Charity, Veterans Support Foundation (VSA). VSA is a member of the National Veterans Business Council (NVBDC).

The son of a World War II four-time bronze star recipient and whose mother was the first woman in the United State of America to weld on Sherman tanks at Fisher Body in Flint, Mich., the same tanks his father drove in battle, Farner’s patriotic roots go back further than his epic 1970 hit “I’m Your Captain (Close To Home)” that touched millions of souls including our Veterans and was voted No. 1 song by the Vietnam Veterans. Farner is a recent addition to the NVBDC board.

“I’m forever indebted to the men and women that protect our freedoms,” Farner, who performed at the 25th anniversary of the Vietnam Memorial Wall in 2007, said. “I thank my brothers and sisters and bless them.”

About Mark Farner
“You can’t talk about rock in the ‘70s without talking about Grand Funk Railroad.” – David Fricke, Rolling Stone Magazine

Mark Farner is the reason. As one of the founding members, lead singer, lead guitarist, and writer of over 90% of the Grand Funk music catalog, Farner has always been known as the energetic driving force on stage, the engine that pulled the original Grand Funk Railroad to the top of the charts. His soulful voice and power rock riffs fueled the Funk along with his atomic stage presence. His story and his imprint on music starts with Flint, Mich., and since 1969 from his humble beginnings and a blue-collar outlook, Farner has captained a global crusade for love, peace and freedom and became a rock ‘n’ roll icon.

50 years later he commands the stage with the same intensity performing epic hits that defined a generation: “I’m Your Captain (Closer to Home)”, “Bad Time”, “Some Kind of Wonderful”, “Foot Stompin’ Music”, “Heartbreaker”, “Locomotion”, “Mean Mistreater” and “We’re An American Band”. Farner has amplified his remarkable career by decibels selling more than 30 million records worldwide, including 16 gold and platinum albums.

Farner and his wife of 43 years, Lesia, recently launched a GoFundMe campaign to raise funds for Mid-Michigan Flood relief.