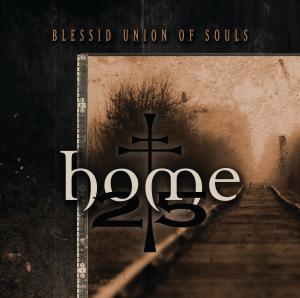 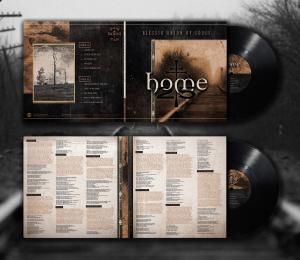 Blessid Union of Souls is celebrating the 25th anniversary of the release of their beloved platinum-selling debut album with a limited edition vinyl album.

NASHVILLE, TN, USA, November 30, 2020 /EINPresswire.com/ — Blessid Union of Souls is celebrating the 25th anniversary of the release of their platinum-selling debut album with the release of Home 25 – a limited edition vinyl album exclusive celebrating one of this generation's most beloved pop-rock groups. Home 25 is available now for pre-order, and will ship in mid-January.

Home 25 will be released in randomly-selected colored vinyl featuring a deluxe glossy gatefold, high quality printed inner sleeve, and full-color record labels displaying the classic Blessid Union of Souls logo. Home 25 will include exclusive and detailed thoughts on the early hits and fan favorites by frontman and founder, Eliot Sloan.

Fans are encouraged to tag the band and post their vinyl color unveiling on social media. The band will be on the lookout for unveiling videos, some of which will be shared and reposted.

Blessid Union of Souls exploded onto the music scene in 1995 with the smash hit "I Believe," which hit #1 in the UK, Asia and the USA, where it became the 4th most played song of the year. The band's hits play like a soundtrack of the last two decades, thanks to numerous hit singles including "Hey Leonardo (She Likes Me for Me)," "Let Me Be the One," and "Oh Virginia." The band has toured the world with the likes of Goo Goo Dolls, Bon Jovi, Third Eye Blind, Sister Hazel, Vertical Horizon, Edwin McCain and more, while making appearances on Good Morning America, Late Night with Conan O’Brien, Live with Regis & Kelly, Top of the Pops, and VH1.

"I grew up on vinyl records, so to finally get to see a Blessid Union of Souls’ record on vinyl is exciting for me,” says Eliot Sloan. “Putting this together 25 years after the release of our first CD made perfect sense. To me, one of the best parts about buying vinyl records when I was a kid was the artwork. It was always fun to explore the covers and credits of the artists I grew up with and see it all on a big canvas. It’s great that we finally get to do this as well and no better way to do it by commemorating the 25th Anniversary of where it all began, Home."