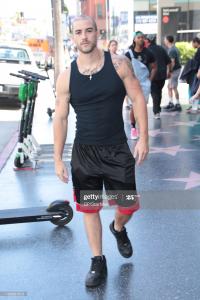 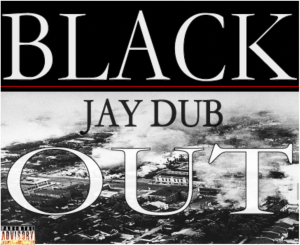 LOS ANGELES, CA, USA, December 1, 2020 /EINPresswire.com/ — Jay Dub releases a powerful, emotional single and video depicting the current racism our society is currently living in. Jay Dub can relate to racism, social injustice, and gang violence. Growing up in the violent streets of Lodi, California, Jay Dub reminisces about the traumatic experiences he encountered while growing up. The single, titled "Black Out" tells the story of a man who has been entrapped and beaten down by society to force him to lose all hope of prosperity. Jay Dub hopes this song sparks the mind of our youth to know that what's in the dark will eventually come to the light and not to lose hope. Although his music video is very graphic, he feels that is best to communicate his message in hopes that it awakens our inner strength.

"The single, titled " Black Out" comes after the repetitive actions and conditions that are created through the mistreatment and racism that has plagued the people of our country for countless years. The 60's riots, 90's riots, and now 2020. Will it ever stop?" Says Jay Dub.

Jay Dub strongly feels that when we feel powerless to prevent injustice, there should never be a time when we fail to fight for what is right. The single "Black Out," also speaks very loudly about faith. Jay dub's upbringing in a religious household taught him at a very early age that keeping faith is essential to conquering any life obstacle. Aside from his passion for music, Jay Dub wishes to empower others to fight back.

Check Out the Visual Here

About Jay Dub
Jay Dub is an American singer, rapper, songwriter from Lodi, CA. Jay Dub began writing music as a teenager. He has overcome many obstacles and hardships leading him to be the great musician he is now. When asked about his childhood Jay Dub stated: “I grew up in a rough environment, I went through major trials which helped me realized this was not the life I wanted to live.” Jay Dub was inspired by Bay Area rapper Mac Dre who was instrumental in the emergence of hyphy, a cultural movement in the Bay Area hip-hop scene. Jay Dub wanted to prove to his audience that just because he is a white rapper it does not mean that he cannot sound or be just as great as his idol. Jay Dub’s versatile music talent has allowed him to explore and write music to all genres, not just hip-hop. He has worked with legendary music & radio executive Damion “Damizza” Young & Mo Thugs CEO Guillermo Caz Eiland.