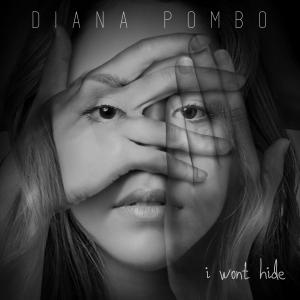 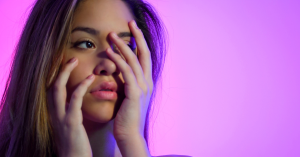 MIAMI, FLORIDA, UNITED STATES, December 1, 2020 /EINPresswire.com/ — Diana Pombo, the nationally respected dancer best known for wowing audiences across the world for her dominance in NBC’s World of Dance Season 1, is proud to announce her debut into the music industry with her first single “I Won’t Hide” which released on November 17th at 12:00am, on her 15th Birthday. At her young age, Diana is showing the world that she is a powerhouse and a force to be reckoned with; not only in dance, but in music as well.

Diana’s journey in the public eye began at the young age of 10 while competing on “So You Think You Can Dance; The Next Generation”, and then Moving on to “NBC’s World of Dance” at age 11, where she moved judge Jennifer Lopez to tears. It was JLo’s encouragement and guidance that inspired young Diana to become a triple-threat, just like her idol. Rapidly gaining notoriety following her performances, Diana moved on to become featured in Jennifer Lopez’s “Amor, Amor, Amor” music video, Super Bowl Commercials, Vidcon, Nickelodeon, and much more.

As Diana has begun to navigate fame at a young age, she has turned to music as a safe haven and creative outlet to express herself, and when she received a diagnosis that forced her to cut back on her dance career, music was her saving grace.

“I Won’t Hide” is the manifestation of Diana’s life experiences; aimed to inspire others and promote the idea of being fearlessly authentic, no matter how difficult circumstances may seem. As someone who has always beautifully expressed herself through movement, it could easily be assumed that the transition to music would be rocky; but that was not the case for Diana. She dove right into writing and put her soul on paper and in notes as in addition to movement.

“I Won’t Hide” is about rising above all obstacles. It is about loving yourself as you are. It’s about never being afraid to let your light shine, and I hope it inspires you to never, ever, hide… I Won’t Hide” – Diana Pombo

For more information on Diana Pombo or to stream “I Won’t Hide”, please visit: https://beacons.ai/itsdianapombo

Diana Pombo is a 15-year old singer, songwriter, dancer, and multi-talented powerhouse based in Miami, Florida. As a multicultural dancer, Diana was introduced to performing at the young age of four. Beginning her journey into competitive dance at a young age, Diana began to wow audiences nationwide, eventually making her way onto So You Think You Can Dance: The Next Generation at the young age of ten. Diana began to gain national recognition when she became the youngest soloist and semifinalist on NBC’s World of Dance, which spurred a North American Tour and performances in Mumbai, India. In 2020, at the age of fourteen, Diana has her sights set on new goals and new creative avenues of expression through songwriting and singing as she geared up to release her new single “I Won’t Hide”.