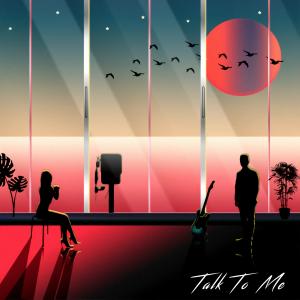 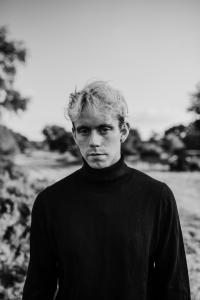 LONDON, UNITED KINGDOM, December 1, 2020 /EINPresswire.com/ — Through the isolation of the lockdown, Harry Baker found new gratitude for connection and the inspiration for his latest 90s Soul Pop Rock single ‘Talk to Me’.

By leaving the verses vocally stripped, there’s great emphasis of the emptiness which we’re all collectively experiencing. To instil some much-needed soul-led euphoria on the airwaves, there’s a 90s-inspired groove in the Jazz-melded soundscape which exhibits Baker’s unconventionally Bluesy harmonic guitar style.

With production help from Alex Linder (Flood for the Famine) and mastering in the deft hands of Pete Maher (Rolling Stones, U2 and The 1975), Talk to Me is a flawlessly radio-ready release, complimented by a community-created music video which extends a comforting sense of connectivity.

It’s a sincerely inspiring proclamation of ‘we’re in this together’.

“This song is a reflection of the connections which have strengthened during the lockdown, it embraces the sense of community which still exists despite the trials and tribulations of 2020, ultimately, it’s an affirmation that you’ve always got someone to turn to.”

“With the lofty melodic instrumental grooves paired with Harry Baker’s ardently compassionate vocals, you’re offered escapism and consolation, all wrapped up in a transcendently upraising Jazzy Pop Rock package. It’s a soul-filler and has all the nuanced makings of a chart-topper.”

Currently based between Spain and London, Harry Baker is continuing to home in on his craft, an endeavour first embarked upon at age 10. In their college years, the guitarist and songwriter found an affinity for jazz and released their first genre-defying album at 16. At age 22, their range of musical influences has exponentially expanded which is perceptible through their three albums released to date.

Their mission to bring complex Jazz into the mainstream with their versatile sound has been a resounding success, with their top achievements including playing with Yolanda Charles and Jamiroquai and their third album featuring on a BBC Introducing Live Session.

Listen to "Talk to me" on Spotify

FOR ALL MEDIA ENQUIRIES, PLEASE CONTACT STEFANO MEOLA AT STEFANO@ANRFACTORY.COM