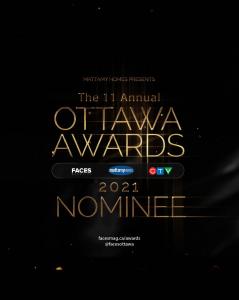 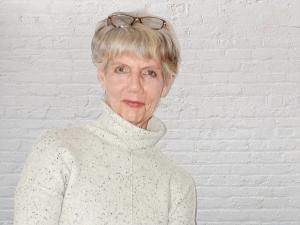 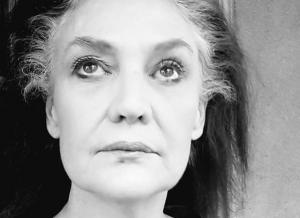 A Global Online Acting School Providing Communications Skills and the Arts;
Voting has started at Faces Magazine on www.facesmag.ca/awards/

OTTAWA, ONTARIO, CANADA, January 10, 2021 /EINPresswire.com/ — The Acting Guild Conservatory is an online acting school start-up, based out of Ottawa, Ontario, providing acting courses, communications skills, and self-esteem workshops to both youth and adult students alike. The Acting Guild’s Head of Movement, April Pierrot, has been nominated for the Professor and the Music/Drama Coach of the year awards; in addition, the Head of Acting, Shannon Lawson, has been nominated for the Acting Teacher of the year award, for the 2021 Ottawa Faces Magazine Awards. For more details, visit www.facesmag.ca/awards/

The award-winning artistic team, at The Acting Guild’s Conservatory, features an international director, vocal coach, and instructors who have previously taught at the Royal Academy of Dramatic Arts in London, England, and at The Julliard Conservatory in New York, USA.

April Pierrot is honoured to announce her teaching nomination, “I am particularly touched to have received this nomination, returning as I am to Ottawa after a long sojourn abroad, both as a student and as a teacher. Ottawa is my alma mater, and it was here that I was inspired, not only by my own teachers, but by my colleagues and collaborators in the acting community here. I have always been more interested in the process of ensemble work than in the outcome per se. In Alexander work, I found the literal embodiment of ‘process work’ in every respect – physically, vocally, philosophically, and experientially. In the final analysis, it is clear to me that my job as an educator is to facilitate the individual’s journey in coming into close communication with his or her own creative self – and to give expression to the totality of their own world understanding and view. This is discovered in the process of ‘acting’, both on stage and in the world.”

Ms. Pierrot has worked extensively with performers, of all descriptions, young and old. Apart from acting, she specializes in Movement Analysis and Characterization, and is an expert ‘shape shifter ‘coach and movement director. She is presently collaborating with the Department of Piano Pedagogy at the University of Ottawa, with specific attention to ‘care of the professional physicality’. She regularly teaches “Foundation Movement according to Alexander”, and other short courses aimed at professional actors, singers, vocalists, and communicators at the Acting Guild Conservatory and elsewhere.. Her career roster of students include Tom Hiddleston, James Norton, Gemma Aterton, Ben Whishaw, Phil Cumbus, and Oona Chaplin to name a few.

Shannon Lawson in a Gemini Award winning, Canadian actress, instructor, and mentor. She is a veteran of the Canadian acting community who brings over 33 years of her acting and teaching experience to actors of all skill sets and ages. As owner of The Next Stage, Ms. Lawson has established herself as an international instructor with students from various countries in Europe and North America. A graduate of the National Theatre School of Canada, Shannon Lawson's career started in the world of theatre and then expanded to the screen both here and abroad. Ms. Lawson’s has previously taught at the Julliard School of Arts in New York, has conducted national workshops, and has coached students privately in studio and on film sets.

“I am so very grateful to the whole acting community here, in Ottawa, for this distinction. I love being a teacher and I love my students. They give me purpose and hope, while continuing to remind me what passion is. I would like to give a shout out to Lee Lawson and Arya Landers. Two talented actors who embody a dedication to the craft and a thirst for the process. Thank you,“ says Ms. Lawson, who believes in creating a character from the ground up. She begins with a foundation built upon the text. Her examination of the specifics and context provided by the writer, incorporated with the understanding of a character's objectives, the backdrop of context and the necessity of high stakes in every scene and the value of every written and spoken word has allowed her to develop her own methodology for her students to access practically and artistically flourish.

The quartet of artists, Alexander Simoes, April Pierrot, Kostas Gakis, and Shannon Lawson were inspired to create The Acting Guild after 50 years of combined experience in the acting and theatre profession. The grand opening of the conservatory is set for February 4th, 2021. The coaches aim to provide their students with tangible tools to understand text, develop the body as a physical instrument, master breath support, develop the voice, explore self esteem and empathy, all while discovering their own communication skills and artistry.

The courses are already garnering fantastic reviews from early students, “The Acting Guild is an innovative school. The community they cultivate is amazing and people of any level of experience are welcomed. I took their Exploring of Gestures and Storytelling, with Kostas Gakis, and it was unlike any other acting class I had experienced! It was fun, encouraging, and eye opening. I would encourage anyone looking to further, or start, their acting experience to check out what The Acting Guild has to offer them. Hands down, it’s worth it!” Stephanie Staahs-Roquet (Animator) Ottawa

To vote, please visit the Faces Magazine website. You will locate the nominations under the Music & Art category, subsection: Music/Drama Coach and Acting Teacher, as well as under the Education category, subsection: Professor. Voting for the Ottawa Awards has started on January 3rd, 2021 and will continue until January 31st, 2021, until 11:59pm EST. Audience can vote once a day. To learn more about the Acting Guild, visit the official website at www.theactingguild.com. To reach admissions, e-mail them at admissions@theactingguild.com or call at 1-855-516-1991.