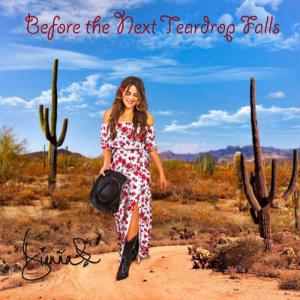 Before The Next Teardrop Falls by Dianña

Before the Next Teardrop Falls was the first song I ever heard that included both English and Spanish lyrics, and was an inspiration for me in creating my Latin Country style.”
— Dianña

LOS ANGELES, CA, UNITED STATES, January 11, 2021 /EINPresswire.com/ — Dianña’s cover of Before the Next Teardrop Falls was a natural fit as most of her original Latin Country songs combine both English and Spanish. It was released today on Spotify, Apple Music, and all major music platforms.

For those familiar with the Freddie Fender version, she brings a gender twist to the song with her vocals that at times bear an uncanny similarity to Linda Ronstadt. Dianña has recently released covers of Linda Ronstadt’s versions of Blue Bayou and Desperado.