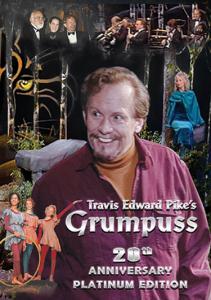 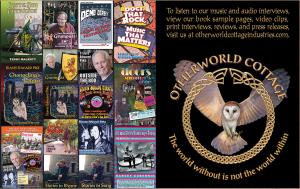 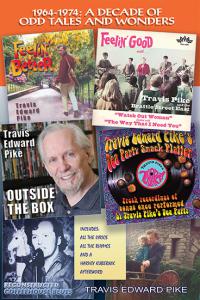 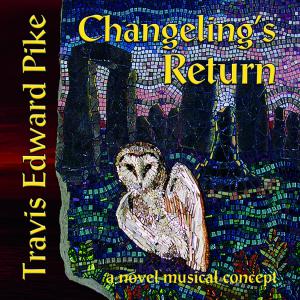 The award is unique in that it identifies Otherworld Cottage as an independent publishing company, not a corporate conglomerate, and encompasses everything published and sold in its catalogue, including all the recordings, books and movies dating back to its original releases in 2013, and before that to "Demo Derby," a 28-minute documentary, crash-action theatrical featurette, for which Travis Pike composed the title song, arranged by Arthur Korb and performed by the Rondels. The film opened in 1974 at the Downtown Boston Paramount Theater with Frank Sinatra in "Robin and the Seven Hoods," and in other New England theaters that same day with Elvis Presley in "Viva Las Vegas," before being booked on thousands of screens across the US with The Beatles "Hard Day’s Night," and is by far the oldest entry in the Otherworld Cottage catalogue. Re-released on DVD by Pike Productions in April 2009, production and distribution were transferred to Otherworld Cottage Industries in 2013 and subsequently re-released by Otherworld Cottage Industries in a “Demo Derby 50th Anniversary Edition.”

"A Grumpuss is not like a dragon, rather more like a large surly cat,
With tremendous paws, and gigantic claws, and jaws that can crush armor flat!"

Travis and his brother, Adam, began recording the songs and rhymes he used to play in coffee houses, college mixers and rock concerts across New England. The first two CDs (2013), were "Odd Tales and Wonders, Stories in Song;" and "Odd Tales and Wonders, Stories in Rhyme," both relying heavily on his novelty compilations. In 2014, they recorded many more songs, one after another, and only assembled the albums after they had enough material for "Reconstructed Coffeehouse Blues;" "Travis Edward Pike’s Tea Party Snack Platter"; and "Feelin’ Better," that featured variations of seven of the eight songs he had performed in the 1966 widescreen, color, teenage rock musical feature film, "Feelin’ Good," and four others, the new album title song, two songs he wrote for the Five Beats, the showband he sang with while he was overseas, and one song originally composed for Travis Pike’s Tea Party, that never made it past their earliest rehearsals, now titled, “Cold, Cold Morning.”

Surprisingly, in 2016 Travis managed to salvage a few songs and some rare footage from that 1966 movie, put them up on Youtube, and almost immediately got an offer from State Records in the UK, to license and release two never-before released to the public, pulled directly from the mono optical soundtrack on the salvaged film. Even more surprising, the following year, in its "Best of 2017" issue, "Shindig!" magazine, listed the "Feelin’ Good" songs performed by Travis Pike and the Brattle Street East and recorded more than 50 years earlier, “Watch Out Woman” and “The Way That I Need You,” and released by State Records on a 45, as the Shindig! selection for number three single in the UK! There's a link to the "Watch Out Woman" video posted on Youtube, at the bottom of this press release.

In 2017, Pike recorded his first almost entirely new album, "Outside the Box," featuring a handful of new originals, a few more revised and updated from his back catalogue, and one long-form, fully orchestrated piece he titled the “Andalusian Bride Suite,” in what now seems to have been preparation for his updated and remastered CD album release of "Changeling’s Return, a novel musical concept." That more-than-a-demo recording of music intended for his musical sci-fi adventure, "Changeling’s Return, a novel approach to the music," has garnered rave reviews, underscored his several awards this year, and may, quite possibly, still help the book find its way onto the big screen.

Considering what’s been said about the Otherworld Cottage Catalogue, it is only appropriate to introduce Travis’ 2018 generously illustrated memoir, “1964-1974, A Decade of Odd Tales and Wonders.” In it he tells of his adventures as a singer, songwriter, storyteller and poet during that socially turbulent, musically revolutionary decade leading up to his transition from composing and performing music and poetry in live concerts, to his equally fascinating career in motion pictures. The book also contains a hefty bonus section, providing the lyrics to all Pike’s original songs in "Feelin’ Better;" "Odd Tales and Wonders: Stories in Song;" "Reconstructed Coffeehouse Blues;" "Travis Edward Pike’s Tea Party Snack Platter;" "Outside the Box;" "Odd Tales and Wonders: Stories in Rhyme;" and even a short chapter on his Jabberwocky-like rhyme, “The Twaddle and the Gurck.”

And here it is appropriate to point out that the last, copiously illustrated chapter of Harvey Kubernik’s 2020 music documentary history, "Docs That Rock, Music That Matters," is all about Travis Pike’s adventures in post-production sound and motion pictures as a producer, director, actor, editor and music composer right up to the present. It should be noted that "Docs That Rock, Music That Matters" is not the first of Kubernik’s 18 books, but on of three published by Otherworld Cottage Industries. In 2014, Otherworld Cottage published Kubernik’s "It Was Fifty Years Ago Today THE BEATLES Invade America and Hollywood," and in 2018, "The Doors Summer’s Gone."

In 2020, Otherworld Cottage published Terry Hagerty’s "Last of the San Patricios," thus allowing Hagerty to share with Kubernik, the satisfaction of contributing to the UK E2 Media 2020 Award for Production and Creative Content of the Year. . This fast-paced, historical, western-adventure story is another candidate to one day end up on the silver screen.

As 2020 wound down, the Otherworld Cottage international press releases were all about the five awards won that year, leading to expectations of a banner year for Otherworld Cottage Industries, so to start it off right, Otherworld is inviting you to explore and enjoy our new Awards and Accolades booklet.

If you missed Otherworld’s introductory international press releases citing its awards and products more fully, you will find them posted on our Otherworld Cottage Newsroom.

Of course, guests are always welcome at https://otherworldcottageindustries.com, where they will find links to AUDITION OUR ALBUMS AND SINGLES and/or BROWSE OUR BOOKS AND DVCD RELEASES.

Otherworld Cottage Industries wishes each of our friends and correspondents, old and new, a healthy, happy, productive and profitable new year.