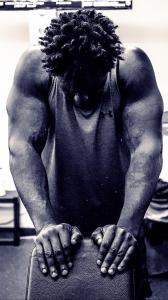 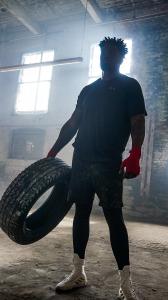 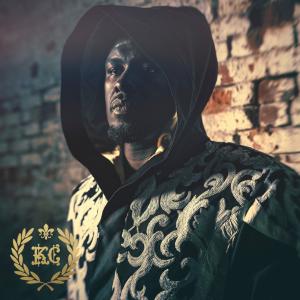 After suffering his solitary loss in 2019, the Boston-based, Haitian American boxer was on a break which became extended due to the COVID-19 pandemic. Coming off multiple training camps, Augustin is eager to get back in the ring and pursue a shot at the world title.

Augustin also has a budding acting career, occasionally stepping out of the ring and onto the silver screen. He played Gilbert Dele in 2016’s Bleed for This and later appeared in the films Heart, Baby! and Vault.

Jean-Pierre “JP” was born in Au-Cayes, Haiti, and shortly after, moved to Boston with his parents. Idolizing boxing legends such as Muhammad Ali, Joe Louis and Jack Johnson, he took up the sport when he was 12 and had his first bout at 14, eventually becoming Regional Golden Gloves Champion and State PAL Champion. He went on to collect an amateur record of 56 – 12, earning a spot on the 2011 Pan American Team and representing Haiti in the 2012 Olympic Trials.

Augstin made his pro debut in February, 2014, defeating Michael Davis over four rounds. He became WBO and IBF North American Heavyweight champion, going undefeated over 18 bouts with one draw before taking his first loss in March, 2019.

Augustin plans to continue his expansion into acting but is ready to come back to the boxing ring. He currently holds a record of 17 wins – 1 loss – 1 draw and is eyeing bouts with Fury, Joshua and Ruiz on his way to earning a World Title shot.