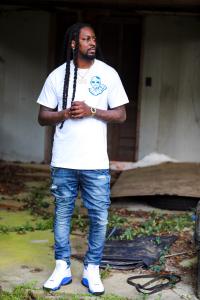 FAYETTEVILLE, NORTH CAROLINA, UNITED STATES, January 22, 2021 /EINPresswire.com/ — An up-and-coming artist whose fresh new project slated to drop titled “Coldest Winter Ever DELUXE” is bound to blow away fans of Hip Hop and fusion music, Hollywood Hemi is the sensation to look out for. With a stunning and much-awaited single released earlier this year with the collaborative feature of platinum-certified, famed recording artist Da Baby, Hollywood Hemi is ready to share his talent with the world and fans of the genres of Hip Hop and Rap. Da Baby is a splendid and widely acclaimed musician who has solidified himself as one of the top maestros in the genre, and this new collaboration with talented powerhouse Hollywood Hemi only hints towards the talent and sheer brilliance that Hollywood Hemi has to offer with the single “On Top”. Hollywood Hemi’s Halloween party was a treat for the kids. Hemi gave out tons of candy to the little ones and for Christmas he sponsored needy kids across the city and gave free hair cuts, brought a tons of gifts, and gave out free food.

Hollywood Hemi also released a single and music video accompanied by talented hip hop artist Money Bag Yo titled “Bad Guy”. Hollywood Hemi is on the track towards absolute success as he gears up for the release of his stunning & hit new project ” Coldest Winter Ever Deluxe”. A complete package of entertainment and hip and fresh musical tracks, Hollywood Hemi’s upcoming project will reflect the raw struggles of life and the authentic and rich experience of the bare necessities and brunt one has to face with life’s numerous challenges and tribulations. The track “On Top” and Hemi’s recently released album “Coldest Winter Ever” in 2020 is a reflection of the grieving loss that Hollywood Hemi had to face of his brother Kit- an inspiration and driving force for Hollywood Hemi and Da Baby to produce and work together on this upcoming project.

Hollywood Hemi is an up-and-coming budding new artist who is set to break through the genres of rap and Hip Hop. A sensational national recording artist and musician from the district of Fayetteville in North Carolina, Hollywood Hemi produces and works on music that connects with people and their struggles and provides much-needed rich introspection into their own life’s trial and hardships. Working currently on his 5th project which is set to release soon with the title “Coldest Winter Ever Deluxe” (#CWED) on all major streaming platforms, Hollywood Hemi is on the track towards fame and mass appreciation.

Hemi has previously worked on four projects that were titled “Time will tell”, “1 and 2” and “In Between Time”, “Coldest Winter Ever” all of which received critical acclaim as they led music to its roots.