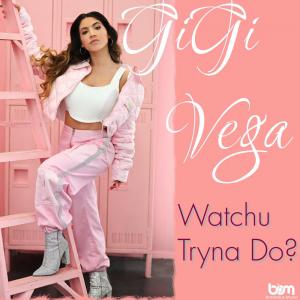 In The Crazy Available Now on All Major Platforms

In The Crazy features 11 original songs with a mixture of genres of chill ballad and rock. With Eli behind the drums and backup vocals, Joe on the guitar, and Zak on lead vocals and bass, the band is proud to release their first dynamic, rock album.

Along with In The Crazy, Middle Of Maddness has produced a music video to their hit single off the album, “Bermuda”. The video beautifully showcases the story and emotions of the track, which is about being caught in the middle of two people and the experience of having to live with the structures of relationships we’ve built.

Middle of Maddness opens up about love in the relatable track, “Only Love”, showing the different perspectives of heartache, disappointment, and internal pain that can happen when getting attached to someone. It is an intense slow tempo song with a lot of dynamics: sadness and beauty and intensity.

Each song on the album is able to hit multiple moods. For example the first track on the album, “Real American”, is a high-energy song sure to make everyone feel pumped up, wanting to jump around, and bang their heads. Although the title track has a more balanced feel of dreaminess and relaxation on the verse grooves, the higher energy chorus beat will fire people up. “Sugar Stepdaddy'' pokes fun at some of the crazy and messed up relationships we see nowadays.

In The Crazy was recorded in the home studio of band member and drummer, Eli. He says although he has been fascinated with recording, engineering, and producing music for years, he is still eager to learn more.

In The Crazy is available now on all major platforms. Visit Middle Of Maddness’ website to learn more and to stay up to date on their upcoming projects.

About Middle Of Maddness

Middle Of Maddness is a 3-piece group based in Memphis, TN. The talented musicians include Zak, Eli, and Joe. After Zak started using a friend’s studio back in his collegiate days for one of his music projects he recently discovered his passion for songwriting and producing. For extra income for his college ventures, he had the opportunity to meet and connect with Eli, doing work for him on his farm and playing music together on their off times. Joe recently moved back to Memphis and met Eli through his sister-in-law. What started out as some jamming and whatnot soon led to tracking riffs and writing arrangements. All of this occurred at the start of the Covid-19 pandemic, which in conjunction with multiple other crazy events happening at the same time we took the name Middle of Maddness.