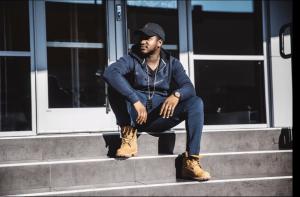 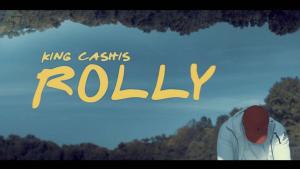 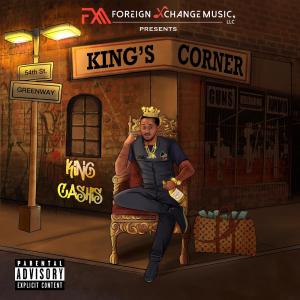 The Story of An Underdog!

PHILADELPHIA, PENNSYLVANIA, UNITED STATES, January 27, 2021 /EINPresswire.com/ — Fusing smooth, melodic bars to hard-hitting hooks, King Cashis is an emerging artist from Philadelphia, who is currently bringing his wavy pop styling to the global stage. The versatile vocalist has a real ability to bend genres and dip into a range of styles. His astoundingly authentic anthems blur the line between trap and modern pop music. The resulting sound is something distinctly fresh and oozing in originality. His music is all about real life experiences. Every love, every loss, and every heated moment. Hear it all in raw and uncut detail in King Cashis’ slick selection of timeless tracks.

King Cashis notes that his music is for everyone and anyone. It’s highly accessible to listeners of all musical persuasions. His raw emotion seeps through in every lush track that is dripped in ferocious feelings. Inspired by acts like Gucci Mane, Dre Dre, Akon and Jay-Z, with their ability to turn nothing into something, the young talent never clings to one sound. This is what sets him apart from the rest. He can go from a heartfelt pop ballad one moment, to a heavy trap come up tune the next. He writes relentlessly and has already put out a successful string of projects with more on the way.

The up and coming artist has been busy in the studio penning so many tracks. King Cashis is currently working on two EP's and promoting one that has already been released. The first EP is “King’s Corner”. It takes us through the gritty streets of America, giving us a distinct trap feel. The record will feature three of his fan-favorite singles, “Money Bag, “Family” and “Rolly”. "King's Corner" is currently out on iTunes and Apple Music but is due to be released on all music streaming platforms on 1/29/2021. His video for "Family" has been featured on WorldstarHip-hop.

King Cashis relates strongly to his track “Family”. Noting that it’s all about who you see as family and that you don’t need to be bonded by blood to be family to someone. “Money Bag” is all about making money. It’s a heavy hustle song, acting as the perfect soundtrack to all the go-getters out there. "Fireflies" is his next EP that has not yet been released. "Fireflies" talks about the up's and down's of relationships while showing off his wavy-pop sound. Then we have “I Really Hate to Say… '', which will be released after "Fireflies". It’s about saying all the things that are often difficult to speak on. He notes this is one of his most exciting projects to date.

Ever since he was a child, King Cashis has been obsessed with music. The way it could make you feel, really intrigued him and he set out to somehow bring that same feelings to others. He became addicted to music, by listening to boys in the neighborhood and in school mixing rhythm and words together to create their own music. Coming from a troubled background, music always acted as an escape for King Cashis, a place where he felt safe and could express himself freely.
Born in West Africa, the young rapper and his family migrated to Philadelphia, in the US, when he was just three. The city is known to be very musical and so he was immersed in the art early on. Listening to the likes of Jill Scott, Musiq Soul Child and ​Gillie Da Kid​, he was inspired to begin making music himself. Life had different plans though as King Cashis was faced with a five to ten years prison sentence at the age of nineteen.
In 2015, he was released from prison and started taking music more seriously. King Cashis is currently the CEO of his own record label, ForeignXchange Music, LLC.​ and has been steadily releasing tracks for some time. His first track “Skater”, set the stage for what was to come and received great feedback. He’s since released countless projects that have seen him grow a small, yet committed following worldwide. The rapper has since learned to view music from a business perspective rather than just a fun hobby.
Make sure to follow King Cashis on instagram and twitter.