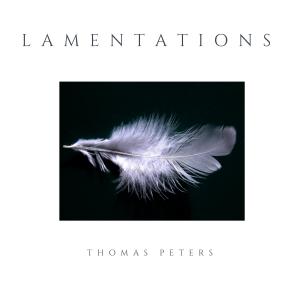 Lamentations is a new direction for Peters, who is a composer and GRAMMY® nominated performer known for creating multimedia works featuring classic silent films. 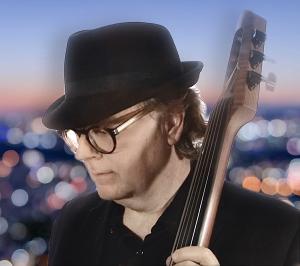 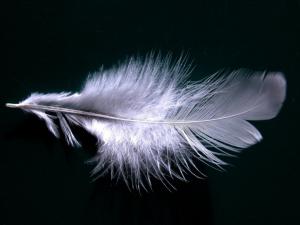 Lauded for his live multimedia works on silent movies, Thomas "Tom" Peters lays down his unique orchestrations to help us process these times through new music.

Lamentations is a way for me to share one of my key coping strategies with those who are not on the ASD spectrum, but who are suffering with similar feelings of sensory overload and overwhelm now.”
— Thomas Peters, composer/performer

LONG BEACH , CA, USA, February 19, 2021 /EINPresswire.com/ — As much as we may wish to leave 2020 behind, there is still much to process, and music provides a gentle approach. LAMENTATIONS is a new album of ambient music by Long Beach, CA-based composer and performer Thomas Peters, who recorded as a one-man-orchestra using cutting edge computer electronics and synchronized electronic soundscapes, performing on bowed NS Design EU-6 bowed 6-string electric double bass designed by the legendary Ned Steinberger, and a laptop with Ableton Live. Lamentations is scheduled for worldwide digital release today through DistroKid.

Lamentations is a new direction for Peters, who is a composer and GRAMMY®-nominated performer known for creating multimedia works featuring classic silent films. He contributed to the 2014 Grammy Nomination for Best Small Ensemble Performance for John Cage: The 10,000 Things, on MicroFest Records; he also participated on 2015 Grammy-winning album for Best Small Ensemble Performance for PARTCH: Plectrum and Percussion Dances, on Bridge Records; and participated on 2016 Grammy-nominated album for Best Instrumental Album for flutist Wouter Kellerman’s Love Language.

With his live performances placed on hold, the pandemic created in Thomas the need to explore a new musical direction, and a growing interest in experimental classical music. He uses “process music” techniques such as phasing and aleatoric techniques to create slow, constantly shifting sonic tapestries. For example, the track "Drifting" uses three strata of looped musical phrases of unequal length, played at the same time. The result creates 30 different chord combinations. The bowed electric double bass provides the foreground that carries the musical narrative forward.

The relaxing music of Lamentations is also inspired by a more personal point of view. Peters is forthcoming about his diagnoses with Autism Spectrum Disorder (ASD), a topic on which he also writes and gives lectures. As a person with ASD, Peters has frequently had to use coping strategies to keep himself from getting emotionally overwhelmed, and it occurred to him that in this pandemic era, such strategies and techniques may be helpful to everyone. Thus, the album was composed to provide some respite and release to all who listen. Peters said he has found it tremendously helpful in times of stress to listen to music that is quiet and in alignment with the emotions he is trying to process.

"As a person with ASD, I have frequently had to use coping strategies to keep myself from getting emotionally overwhelmed—a skill that most people who are not on the ASD spectrum never have to develop. Lamentations is a way for me to share one of my key coping strategies with those who are not on the spectrum, but who are suffering with similar feelings of sensory overload and overwhelm right now."

In an early review on Ello, music writer Robin James observes, "The music of Lamentations helps to calm the mind and reduce "racing thoughts” which can in turn help ease the trauma of grieving, lessen depression and provide an outlet for people who are otherwise withdrawn. 'Still' (10:08), provides a slow sustained stark meditative atmosphere, which suggests spiritual ecstasy, achieving transcendence through the dematerialization of music; it uses minimalist techniques and plenty of time."

Peters has announced to fans that the new album, Lamentations, will be offered at a special low introductory price on Bandcamp for the first week of its release.

Sleep Music: Rain was Peters' first foray into the realm of ambient music. Released in July 2020, it is an album of ambient music that is designed to help people to calm their minds and to fall asleep.

Tracklisting:
1 Out of the Depths
2 Drifting
3 A Million Pieces
4 Remembrance Canon
5 Without You
6 Still
7 Tenderness
8 Prayer
9 De Profundis

A prologue creating the mood for the album’s journey, Lamentations contains a profound theological reflection and response to Pandemic-related suffering.