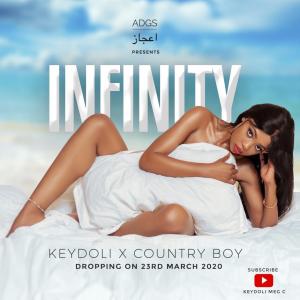 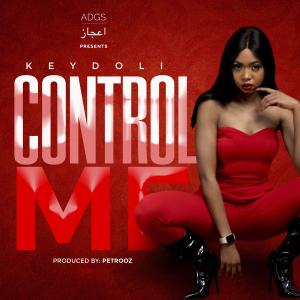 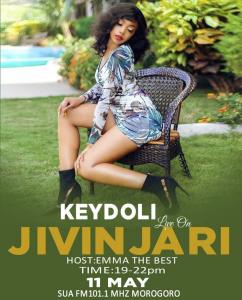 African Diva Keydoli is a popular African Songwriter and Artist with a modern and unique Afro R&B Pop style.

Keydoli is one of the most promising voice from East Africa, and I know for a fact that Black women are the strongest most hardworking people on earth.”
— Dr Dre

MOMBASA, KENYA, February 22, 2021 /EINPresswire.com/ — She possesses a pure and soft textured voice punctuated by light. She can boast one of the most special voices in a field known for many original-sounding women.

At age 8, Keydoli was already performing in music festivals. It is really when she discovered Madona that she decided to shift her focus towards pop music. Then a documentary about Micheal Jackson made Keydoli feel sure about what she wanted: a music career.

Her talent was discovered by a family friend who brought her to a studio record label called "Blue Zebra" : it is in this studio she recorded her first vocals as a backup artist. The label aired the song, called "Mongolo", on radio stations. It was her first hit, she was 11.

Few months later, International producer Vincent Othieno and the late Bruce Odhiambo recorded her first song "Nipe" at Johari Cleff Records but the song was not immediately released due to her young age and school obligations.

She remembers her first music group with schoolfriends, playing front of a studio called "Calif Records", from California, few kilometers from her home in Eastleigh streets, drawing attention as they showcased there talent. It was only few years later, when school was over, that Calif Records producer Clement Rapudo offered her to act in a clip with one of the artist named Jimwhat. The main role had to be acted by a beauty girl and the clip was named "Under 18". The song was an immediat hit.

About the same time, her solo project "Nipe" was finally released. She was 17 then and the song became a double hit , with "Under 18".
"Nipe" was premiered in the movie "Project Daddy" (2004) as one of the soundtracks of the movie. On every Radio and TV station of East Africa, Keydoli was number one. Rewarded by such a success and a number of performances on stage, she decided that all benefits would go to charities.

She recorded "Elewa" and other songs with the producer Jesse Bukindu. This is when she decided to go back to college to pursue studying. At the age of 19 she met the man who would become the love of her life and the father of her two children.

Despite her new life, she managed to record at Ketebull Production while she got her diploma. One day, during a recording session, she received a phone call that would change her life : her husband had just passed away in a dramatic accident. She was 21 and 3 months pregnant….

During the long Stations of the Cross that followed, music was always in her mind : she wrote a number of songs while working hard for sustaining her family. In 2019, a Qatari Company, ADGS was sponsoring her new album "Love Stages", available on YouTube, iTunes and Spotify

Tracks on the album :

1. HERO
She made him her African superhero who she wishes to call upon to rescue her
Written by Keydoli
Produced by Petrooze

2. YEYE
A girl isn't afraid to chase on what she wants , it’s all about fun, love and money
Written by Keydoli
Produced by Petrooze

3. ISOKO FT PLATFORM
Two lovers talking about their feelings for each other
Written by Platform
Produced by Aloneym
Mixed and mastered by Lizer Classic

4. COCO
Jealousy for the Man she isn’t ready to let go
Written by Keydoli
Produced by Petrooze

5. ACHIA BODY FT MEEBROWN
When she meets her ex-lover and realize they still have feelings for each other
Written by Keydoli & Meebrown
Produced by Yogo on the Beat

6. LOVE YOU
Describing her pure love for him is all she wants to show
Written by Keydoli
Produced by Petrooze

7. BAKORA
A woman ready to please her love by being good to him
Written by Platform
Produced Aloneym

A generous soul, Keydoli is deeply involved in a project to open a foundation for autistic children with disabilities , to provide special care and education for these children and their mothers.