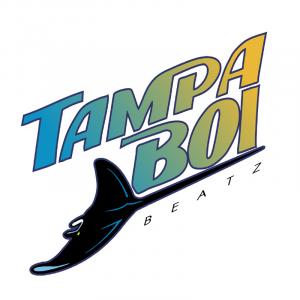 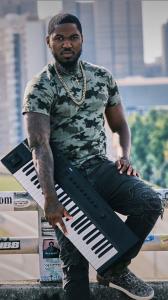 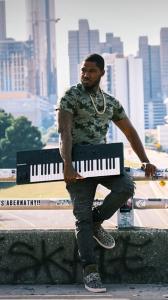 The single, titled What’s the Move, is set to be Tampa Boi Beatz’s most anticipated hit of his career.

ATLANTA, GEORGIA, UNITED STATES, February 25, 2021 /EINPresswire.com/ — One of Atlanta’s most up-and-coming music producers and artists, Tampa Boi Beatz, is pleased to announce he will be releasing his latest single on March 1st, 2021.

Tampa Boi Beatz is a music producer, CEO, and music artist who moved to Atlanta, GA when he was 19 years of age to pursue a career in the music industry. Raised by a single mother, having a father who was incarcerated, and committing criminal activities himself throughout his youth, Tampa Boi Beatz knew he was destined for other, greater things by making the decision to leave his wild tendencies behind and put his energy into doing what he loved most – making music. Today, Tampa Boi Beatz is one of the most celebrated and up-and-coming producers and music artists in the industry – all thanks to his fierce determination and hard work.

In Tampa Boi Beatz’s most recent news, the artist is announcing the upcoming launch of his latest single, What’s the Move, on March 1st, 2021. What’s the Move is deeply personal to Tampa Boi Beatz and highlights the impressive technical, musical, and production skills he has developed throughout his career. The song will be available on all streaming platforms.

“I couldn’t be more excited for the release of What’s the Move,” says Tampa Boi Beatz. “I’ve had the incredible opportunity to work with a vast array of talented and famous music artists and now it’s my time to shine. I can’t wait for the world to hear what I’ve been working on – my blood, sweat, and tears.”

Tampa Boi Beatz is no stranger to hard work. Having gained rapid attention and respect from DJs and producers in the music industry, Tampa Boi Beatz used this leverage to catapult his skills into the limelight by winning fifteen beat battles in a row after studying the art of producing. After winning one of these battles and catching the attention of Justice League, Tampa Boi Beatz was offered a prestigious internship at the world-famous Hot Beats Studio in Atlanta, where artists such as Lil Wayne, Drake, and Nicki Minaj have recorded. Additionally, the artist has also been part of classic studio sessions with Snoop Dogg, Wiz Khalifa, Young Jeezy, French Montana, Waka Flocka, Currensy, and Grammy-winning producer, Keyz.

Since then, Tampa Boi Beatz has built his own music empire, Fire Dept Studios, founded a professional song writing team, Write-Away, and released multiple independent and collaboration projects with CJ Green and Kissie Lee, just to name a few. To date, Tampa Boi Beatz has racked up more than one million streams as a result of these projects.

“My biggest accomplishment and life goal has been to be a creative who serves and inspires other creatives,” says Tampa Boi Beatz. “I enjoy hosing beat camps at my studio and believe that music is what feelings sound like. I look forward to helping other artists express themselves and my aim is to change the world through my music and business ventures.”

For more information about Tampa Boi Beatz or Fire Dept Studios, please visit www.firedeptstudios.com or check out his Instagram @tampaboibeatz.

Born and raised in Tampa, Florida, Tampa Boi Beatz currently resides in Atlanta, Georgia, where he runs his production company and records his own work, Fire Dept Studios. Tampa Boi Beatz has plans to enter the filming industry producing tracks and scoring for movies and documentaries in the near future. He is also working on a new EP entitled, FREE GAME.