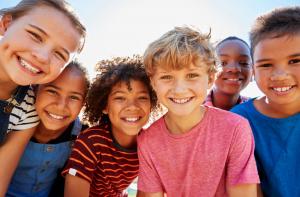 Popular nonprofit, The P.A.S.C.A.L. Foundation, becomes the first charity foundation to enter the NFT ecosystem in a grand way

NETHERLANDS, April 8, 2021 /EINPresswire.com/ — Amsterdam, April 8 2021 – The P.A.S.C.A.L. foundation is collaborating with its international partners to drop several exclusive NFT’s, IP, formats and NFT related projects for charity throughout 2021. In a related development, the foundation will drop P.A.S.C.A.L., the first of many NFTs. The debut project stands for “Play a Song Change a Life,” and will include a 10-song collaboration album between 10 international DJs, producers and recording artists and 10 digital artists.

Non-fungible tokens, otherwise known as NFTs, transforms digital works of art and other collectibles into one-of-a-kind, verifiable assets that can be easily traded on the blockchain.

Christie's auction house recently sold the first-ever NFT artwork — a collage of images by digital artist Beeple, for a whopping $69.3 million. The concept has also found its way into the media and entertainment world, with Influencer Logan Paul, Rapper Tory Lanes, Artist Grimes and DJ Don Diablo are also racking in hundreds of thousands to millions of dollars for their NFT drops.

However, the P.A.S.C.A.L. foundation is taking it a notch higher with the launch of the first of many NFT drops to help creative orphans and the needy in different parts of the world.

The foundation provides resources, mentorship as well as education on sustainability, healthcare, nutrition, farming and entrepreneurship to assist these children through their transition and journey from childhood to adulthood.

“Our involvement in NFT’s as a way of giving back through art and music is the way of the future, international celebrities, artists and brands reaching out to collaborate to help these kids is just the beginning of greater things to come,” said the P.A.S.C.A.L. foundation chairman/CO-founder, Stef van der Velde.

The one-of-a-kind P.A.S.C.A.L. NFT will be exhibited for auction through a specially developed NFT "Virtual/VR Art Museum."

The foundation has announced plans to release several other NFT projects, including “DIVERSITY KIDS,” seven limited edition anime character cards featuring seven characters from an upcoming animated kids series as well “SAVE THE SCENE,” special music and art initiative created to generate global awareness, unity, alternative financial solutions and aid for the Electronic Music scene, its DJ’s, Clubs, live events, Festivals and staff during and after the Covid-19 pandemic.