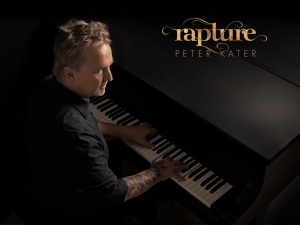 Rapture will be released on June 4 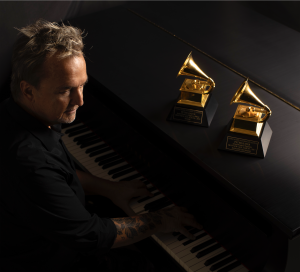 The new album, Rapture, is now available for pre-sale at Amazon and Apple Music.

The music reflects where I’m at and what I need to express to find balance and
wholeness.”
— Peter Kater

Rapture is comprised of 12 new songs that are true to Peter Kater's brand; spectacularly beautiful piano-based instrumentals that are infused with strings, saxophone, flute, oboe, bass, and percussion. All the tracks were produced, engineered, and mixed by Mr. Kater. The music itself ranges from New Age to Jazz influences, with a spectacular cinematic feel to them. The theme of the album is based on love and the music demonstrates a deep emotional connection that listeners can experience through the music, highlighting Mr. Kater's ability to transform his sentiments through his writing and performance. "The music reflects where I’m at and what I need to express to find balance and wholeness,” says Kater.

Peter Kater is a German-American musician/composer and has recorded over 70 albums and has scored the music for over 100 television & film productions including 11 On and Off-Broadway dramatic plays. His albums, Dancing with Water (released in 2017) and Wings (released in 2019), both won Grammys in the Best New Age Album category. Mr. Kater's music has been featured in events from the Olympic Games to the Kentucky Derby to Wild World of Sports and many in-between. He has performed all over the world including the United Nations where he received the prestigious United Nations Environment Leadership Award.

Mr. Kater is a long-time supporter of holistic wellness and regularly hosts his 'The Art of Presence' retreats in various locations. "Being present with yourself and in your life is the single most healing, inspiring and transformative practice you will ever learn." – Peter Kater

Rapture is now available for pre-sale on both Amazon and Apple Music. In addition, the entire album is available to listen to at www.PeterKater.com.