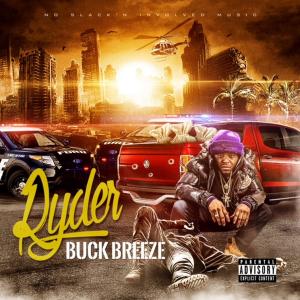 NEW HAVEN, CONNECTICUT, UNITED STATES, May 5, 2021 /EINPresswire.com/ — Upcoming artist Buck Breeze has announced the release of his latest single, which is also the Shake Boy second single. The first Shake Boy single was released earlier this year, in April. It gained instant success when it was released, reaching over a thousand streams in its first couple of days only. The Shake Boy movement would be incomplete without its other half called A1sinzday1. Hailing from Bronx, New York, this artist also has a single name called “Money On My Mind.”

With the new Shake Boy single, listeners are expected to like it instantly due to the artist Buck Breeze’s capabilities as a musician. Composing primarily hip hop and rap music, the artist is adept at great lyrical delivery; it is clear, concise, and impacts the listener immediately. Moreover, the lyrics are well placed within the rhythm and the beats, making for a delightful composition bound to create ‘the vibe.’ Buck Breeze has proved his capabilities as a musician with his easily likable music and lyrical content. The new release is expected to garner a lot of attention and become one of the trendy hits soon enough.

Clear on the impact and the feel he wants to create with his music, Buck Breeze wants his listeners to instantly connect and associate with the uplifting and victorious feel of his music. Moreover, the artist also enthusiastically plans on introducing the world to ‘da shake’ as he calls it. The artist is determined to take his music to the next level.

Buck Breeze started his music journey at a young age. However, at twenty-eight, he has finally upped his game. As the owner of No SlackN Involved, which is a branch off from Klockwerk Ent, Buck Breeze wishes to promote his label and music. Klockwerk Ent, which is also the artist’s roots, sells music and music-related merchandise as well.

Jackson Mills, aka Buck Breeze, is an artist who has been expressing himself via rap since the tender age of twelve. He has also taken his musical game to the streets and is now in the process of spreading it far and wide.