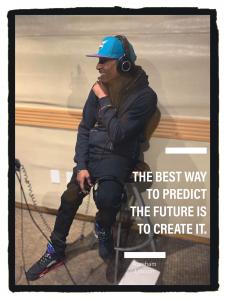 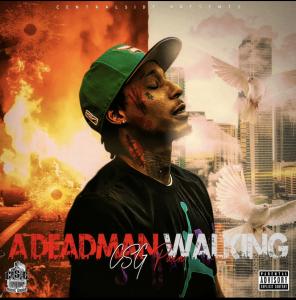 Record was inspired by tragedy in the artist’s life

RALEIGH, N.C., USA, May 6, 2021 /EINPresswire.com/ — The message of hip hop artist CSG Pain’s new album, “A Deadman Walking,” is to never give up and always keep fighting. It’s a creed that CSG Pain, whose given name is Akkean Johnson, has learned to live by. Featuring soulful and powerful lyrics, “A Deadman Walking” is inspired by the difficult times the Muskogee Oklahoma-born artist has lived through.

CSG Pain’s brother was killed on his fifteenth birthday. CSG Pain quit school before finishing ninth grade. He did earn his GED and went to Washburn University in Topeka, even making the dean’s list a few times. His family had moved to Kansas when he was young.

But the lure of the streets was strong and CSG Pain soon had a record—a police record. He continued to perform, sharing stages with pioneering artists Tech N9ne, DJ Unk, Lil' Flip and more.

CSG Pain eventually settled down, began a relationship with a friend he had known since fourth grade, and worked in a warehouse to support his family. She was eight months pregnant when she committed suicide in November 2021.

“This broke me more than anything ever has,” CSG Pain said. He had already lost his mother and his brother. “Now, when I finally think I have the family I always wanted, it was taken away so fast.”

“A Deadman Walking,” recorded at Patchwerk Recording Studios in Atlanta, was borne out of this pain. “Depression, suicidal thoughts, all of these emotions and heartbreak led me to this journey. This journey to make my dreams come true because she always believed in me. And now I have created this album. I recorded an album that is full of emotions and timeless music that I know will empower many people. And maybe even save a life or two.”

After meeting CSG Pain, international author and speaker, Dr. Jo Anne White, the host of POWER Your Life radio and television shows, called him “a beautiful soul” and said he was one of the most fascinating young men she’s had the pleasure of meeting.

“I always knew that I was one of the greatest to ever make hip hop music, but I wasn’t always ready to do what I knew was necessary for an artist such as myself to get seen or heard,” said CSG Pain, who also writes for other artists and produces records.

It took tragedy, but CSG Pain has made an album that is designed to uplift and is fast, catchy, modern and cool and incorporates a message that is deep and powerful: keep fighting and never give up.

“A Deadman Walking will be released in mid-May on CSG Pain’s CSG label. CSG stands for Central Side Godswork. CSG Pain has been promoting the album since November, traveling throughout the south and Midwest, visiting Atlanta, Cleveland, Dallas, Raleigh, North Carolina and St. Louis.

Visit unitedmasters.com/csg-pain for more information or to purchase “A Deadman Walking.” The album can also be purchased on iTunes and Amazon Music.