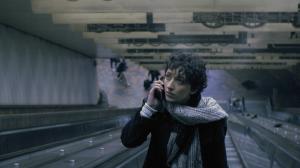 Laura Martinelli in In Colors 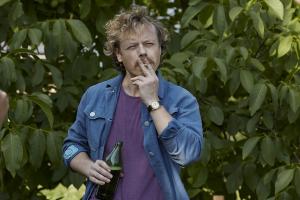 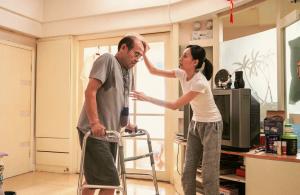 Being Mortal by Liu Ze 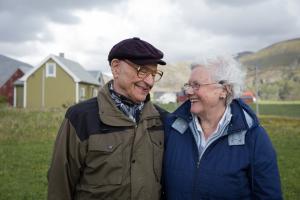 While entertaining people is super important to us, we want our films to touch people and also have an impact on their actions.”
— Shulen Hoffman, filmmaker

The award for Best Narrative Feature Film goes to BEING MORTAL by Chinese director Liu Ze. The film tells about the difficult daily life of a Chinese family with an Alzheimer's patient and in particular the relationship between a father and his eldest daughter. Moving and professionally made, the film describes it all in a very realistic way but with discretion and without unnecessary emphasis.

Best Medium Feature Film is WHEN THE MUSIC CHANGES by Lakshmi Devy, an actress, director, screenwriter and producer of Indian descent, living in New York. In her film WHEN THE MUSIC CHANGES she is both the lead actress and director. In the story, an Indian-American filmmaker goes to India to shoot a documentary. Once there, she has to deal with rape. This film is not only about the brutal rape and injustice done to girls and women, but it also deepens the power play behind sexual abuse. Devy: "We expect the film to pave the way for a change in the way our society views rape and sexual assault. If not, there should at least be an awareness."

Best Narrative Short is '808' by Australian filmmaker Athina Wilson. '808' follows Mars, a young woman with a strong sense of self and a connection to the past. When she is hired to work at a content moderation agency, she becomes part of an underground subculture that challenges societal norms by instilling connection and emotion through music and intimacy.

Best super shorts are THE GENTLE ART OF VIOLENCE by Andrew Przybytkowski from Quebec, Canada. This short film tells about our natural instincts and how we deal with them. This super short film is so powerful from the first frame, even though it only plays in a confessional box. It's shot beautifully, and the music is ubiquitous and in fact the third actor here. The dialogue is part of the music, just like in a prayer the rhythm and mood are crucial to the message. A real prize winner.

Winner for Best Documentary Feature is the Norwegian film TRUE LOVE NEVER DIES by Mari Bakke Riis. She follows two older people, former love interests, who meet again after 70 years. Will love bloom again? Riis is a multi-award winning filmmaker and her short documentary 'Kayayo' was nominated for an Oscar at the 90th academy award. With TRUE LOVE… she again manages to get to the core of existence. She shows us how cruel fate can be. She portrays the lovers in domestic intimacy and in everyday life, arouses hope in a time of great crisis of values ​​and dispels the taboo of disease and love in old age.

Best Short Documentary is WITH DAD by American filmmaker Sören Sörensen. He likes to emphasize social and cultural issues in his films. WITH DAD is no different: a short non-fiction film that chronicles the work of American photographer Stephen DiRado during the twenty-year period during which his father deteriorated and eventually died of Alzheimer's disease. DiRado uses an antique large format box camera. But his comments about his father's posing are both fascinating and affective.

Voted Best Director are Benjamin J. Murray and Paul Pompa for their narrative short film UNTREATED. The film portrays three (alcohol) addicts in their struggle to recover and become clean. Ben is the lead director of the two and he also produces and writes stories. For Ben, no story is ever too small and no undertaking is ever too daunting, but for this story he really needed Paul Pompa, who has struggled with addiction in the past. The first four minutes are so well directed and acted that they absolutely captivate you.

The award for Best Cinematography goes to Shumel Hoffman and Anton von Heiseler for THE MOUNTAIN AND THE MAIDEN, an absolutely beautifully shot documentary about a poor girl who has to feed her family by collecting garbage in a landfill. It is poetically filmed with stunning landscape shots, backlit footage or drone shots. You can almost smell the landfill. The two directors also both had the camera in their own hands. Hoffman: "We like to make films that affect people's lives. While entertaining people is super important to us, we want our films to touch people and also have an impact on their actions."

Czech actor Viktor Dvorak was voted Best Actor for his role in HAVEL. He plays the title role of Vaclav Havel, prominent Czech playwright. The film focuses on Havel's transformation from a successful – then banned – playwright of the late 1960s to a human rights fighter in the 1970s, leading to his presidency in the late 1980s. His transformation is key here, as this is not just a descriptive biopic, but a drama of a self-doubting intellectual torn between his passions and his self-imposed duties.

Best Actress is Laura Martinelli for her role in the narrative feature film IN COLORS. She plays a withdrawn woman who participates in a psychological study. She is led to the home office of an unusual psychologist and a grueling investigation that triggers her fragmented memories. Laura Martinelli is both director and lead actress here. Her passion for existentialism and Jungian psychology is well expressed in this film.

Brian Holman's animated film THE DOOR won two awards at the NYCindieFF. One for Best Animated Film and the other for Best Mixed Genre. THE DOOR is about six siblings who go for a walk and come across a door in the middle of the path. Due to COVID, the film was made by having actors in 5 different cities submit their texts without knowing the script or other rules. A very funny film that nicely builds up from normal to above normal. it is also thought provoking, for those who can or want to see it.

The award for Best Art/Experimental Film goes to I AM [A] by Vittoria Becchetti. The film is an audiovisual project that shows all human weaknesses in relation to the use of new technologies as surrogates of impossible desires. The story: A hybrid creature wants a baby, but her female genitalia is actually a printer. She feels alive for the first time by simulating what nature has rejected her.

We want to thank everyone who submitted their films to the New York Independent Film Festival this year. We missed holding the Awards Ceremony but we could not find a location that would host us that was large enough.