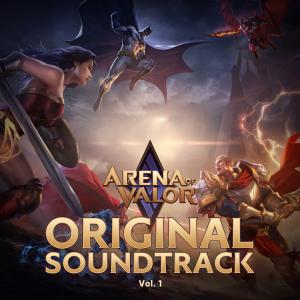 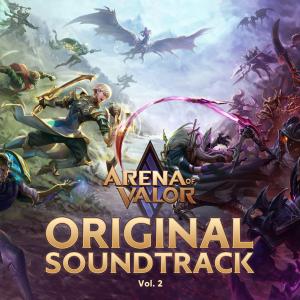 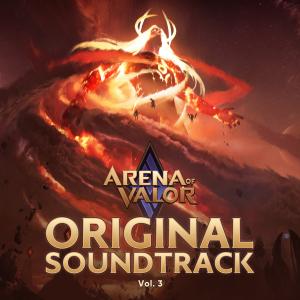 The albums comprise background music, festival music and heroic themes. The players’ memory of combating in Ancestors will be refreshed every time they listen to the thrilling melodies.”
— Sam Yang, Audio Director of TiMi Studio Group

LOS ANGELES, CALIFORNIA, USA, June 18, 2021 /EINPresswire.com/ — The thirst of the fans of Arena of Valor worldwide will finally be quenched with the digital release of three soundtrack albums of the megahit game on June 25, 2021, featuring nearly 30 instrumental pieces written by five accomplished composers and musicians. Arena of Valor, a multiplayer online battle arena (MOBA) game developed by TiMi Studio Group, a subsidiary of Tencent Games, has been a crowd puller worldwide since its launch in 2016.

The illustrious collection of 29 tracks in total, Arena of Valor Original Game Soundtrack Vol. 1-3 are produced by TiMi Audio, which is responsible for the design and production of audio modules of all the game titles under TiMi Studio Group.

“We invited many world-renowned composers to create unforgettable music for Arena of Valor, ” Sam Yang, director of TiMi Audio introduces. “The albums comprise background music, festival music and heroic themes. The players’ memory of combating in Ancestors will be refreshed every time they listen to the thrilling melodies.”

Three-time Emmy Award-winning sound designer Russell Brower and renowned video game composer and multi-instrumentalist Matthew Carl Earl have been involved in these three albums with the contribution of two and 14 tracks respectively. Another major collaborator is Jeff Broadbent, who has poured his heart out for a wide array of video games, films, television shows and trailers, including Marvel Studios: Assembling a Universe and X-Men: Days of Future Past.

The pieces by Hongfei Zhao, Music Director of TiMi Audio, and acclaimed composer could also be heard in these three albums.

Not only has Arena of Valor proven to be a huge success in the video game world, which is one of the Esports video games presented at the 2018 Asian Games, 2019 Southeast Asian Games and 2021 Asian Indoor and Martial Arts Games, critics worldwide have also sung praise to its music. The smash-hit game has won "Best Music in a Casual/Social Game" and nominated for "Best Original Instrumental" at the 15th Game Audio Network Guild Awards, one of the most prestigious awards for video game audio.

Unisonar is a Los Angeles-based music label, music production company, and publisher that develops custom music and manages all aspects of music creation from single releases to music libraries for both corporate clients and individual artists. Unisonar specializes in producing and promoting musical content for entertainment enterprises that provide the Asian and Western markets with television, movies, and video games. As a team of accomplished composers and industry experts, Unisonar is dedicated to advancing the careers of our artists and delivering positive results all while building synergy across the global music community. For more information visit unisonar.com.

TiMi Studio Group, a subsidiary of Tencent Games, is a leading global video game development and operation team headquartered in Shenzhen, China, with offices in Los Angeles, Shanghai and Chengdu, China. TiMi strives to create high quality, high fidelity and highly accessible games across a wide variety of genres. Founded in 2008, TiMi has developed a string of hit titles including Honor of Kings, Speed Drifters, Saint Seiya: Awakening, CrossFire: Legends, and most recently, Call of Duty: Mobile. TiMi is working on several new titles, including with The Pokémon Company on Pokémon UNITE, the first strategic Pokémon team battle game.