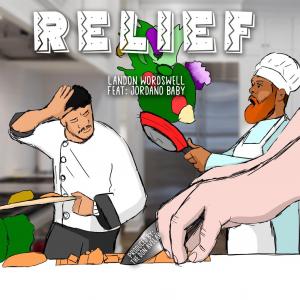 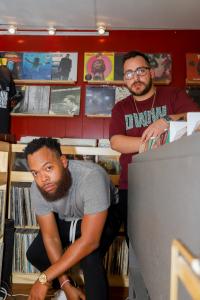 LOS ANGELES, CA, UNITED STATES, June 18, 2021 /EINPresswire.com/ — Bicoastal Hip-Hop act Landon Wordswell & The Don Avelar have released the first music video single from their soon-to-be-announced new studio album. The new single, titled “Relief”, sees the boisterous duo teaming up with Memphis-based Latin artist Jordano Baby, who takes turns spitting bars alongside Wordswell on the track. “Relief” follows in the footsteps of the group’s last single, “Royalty Pt. 1”, with lyrical content that focuses heavily on the ethos of perseverance in the midst of adversity felt by many in the current social, economic and political climate.

The new music video, which was produced by the duo’s longtime collaborator Lad Fury, sees the trio of Wordswell, Avelar & Jordano fluctuate between cooking up fresh flavors in the kitchen and revving fast luxury cars in the driveway.

Fans can watch the music video for “Relief” here. The track is available on major digital/streaming platforms as well.

Speaking about “Relief” and the music video, the duo shares:
“Jordano has worked a few tracks with Avelar in the past, so we brought him on for this one and just had a great experience flowing together. As soon as we felt the energy on this song, we knew immediately that it deserved something visual. Originally we had only rented out the kitchen you see in the video, but the owner got wise to what we were up to and was gracious enough to lend us the entire mansion for filming! Just goes to show how quickly something little can take off in a big way.”