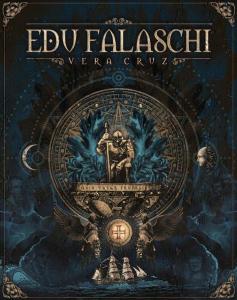 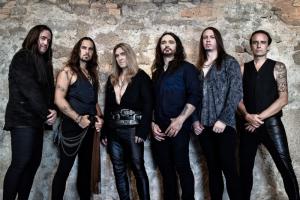 Just over a month after its release, Edu Falaschi's first solo album reaches expressive numbers on streaming platforms
Edu Falaschi achieved significant gains with “Vera Cruz”, the first solo album by the Brazilian singer and composer. After just over a month of its release, “Vera Cruz” has already reached the mark of 2 million streams on Spotify alone and with expressive numbers on all the main streaming platforms. The work was released in Brazil by MS Metal Records.

Bestseller in Japan, the musician reached the number one spot on Amazon's website in the first week of sales and is one of the most talked-about artists in Japanese media. In Brazil, the first press of the album quickly sold out. “Vera Cruz” was recorded by musicians Aquiles Priester (drums), Fábio Laguna (keyboards), Raphael Dafras (bass), Roberto Barros (guitar), and Diogo Mafra (guitar).

Among the special appearances, “Vera Cruz” has the singer Elba Ramalho on the track “Rainha do Luar” and Max Cavalera (Soulfly/Cavalera Conspiracy/Killer Be Killed/Go Ahead and Die) on the song “Face of the Storm ”.

Set between Brazil and Portugal at the time of the discovery of the island of Vera Cruz by Portuguese settlers, the novel from the album “Vera Cruz” is the motto for the creation of the authorial repertoire composed by Edu Falaschi. The concept of the lyrics was created by the vocalist and developed by Fábio Caldeira (Maestrick). The orchestrations were created by Pablo Greg. The artwork for the album and “Vera Cruz” was created by digital designer Carlos Fides.

“I wanted to create a fictional story, an epic. So I thought about the story starting from a prophecy, from a chosen one, who would have a mark on his chest and who was the descendant of the creator of a secret order of evil, which was created in the 1200s and such. It unfolds from there, the text is long, but I'll summarize. The second thing was the question that I wanted to pay homage to Brazil, bring the epic to Brazil to honor my people, my history, and my roots. But this medieval theme is basically a European theme, right. So I thought about playing that the descendant would be born in 1500, which is the moment of discovery of Brazil, or invasion, and that he would be the descendant 300 years later. And then he joins Pedro Álvares Cabral and comes here on the ship “Frol De La Mar”, which is even one of the tracks on the album. From there, the drama develops”, explained Edu Falaschi.

“Vera Cruz” was mixed and mastered by producer Dennis Ward (Angra, Helloween, Pink Cream 69, Unisonic). The work began recording in November 2020 in Rio de Janeiro and was produced by Edu Falaschi and Roberto Barros and co-produced by Thiago Bianchi at the Fusão studio.