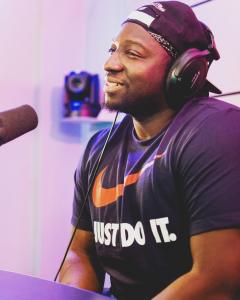 LAUDERHILL, FLORIDA, UNITED STATES, August 2, 2021 /EINPresswire.com/ — Tha Vicious knew he was destined to pursue music from a very early age. In 2006, the artist dropped his first mixtape on MySpace at the tender age of only 17. Since then, he has worked consistently at fine-tuning his skills as a musician for years before taking the leap and transiting to a full-time artist in 2017.

His latest single, "To The Moon", perfectly represents all the time and effort he has dedicated to improving his craft. Instantly recognizable upon listening to the song is the undeniable high-energy beat, which is sure to get listeners grooving in the spot. That coupled with memorable, catchy, and witty lyricism, worthy of comparison to rap greats, this song is a ringer for a hit.

"To The Moon" is the culmination of everything Tha Vicious has learned throughout the years in his pursuit of music. From working on YFN Lucci's mixtape to getting into XXL magazines to being co-signed by bigwigs like Soulja Boy, Styles P, Daz Dillinger, and more, every accolade he has received has helped shape him into the artist he is today.

Check out Tha Vicious's music on iTunes and Spotify. Listeners can also follow the artist on major social media platforms to keep up-to-date with releases and find out just why elite artists have co-signed with him.

Tha Vicious found his love for music and poetry at a young age, releasing his first mixtape on MySpace in 2016 when he was only 17 years old. Following that, the artist released another mixtape in 2009 through datpiff.com. He then kept refining his craft on and off for years before transitioning to a full-time artist in 2017. He has been featured on YFN Lucci's Mixtape, Coast 2 Coast Volume 345, and been co-signed by other major talents like The Game, Sauce Walka, Daz Dillinger, Styles P, Nore, and Soulja Boy. His music is gaining recognition worldwide.