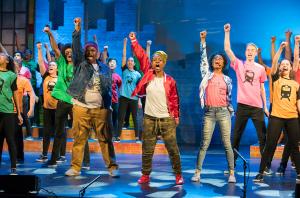 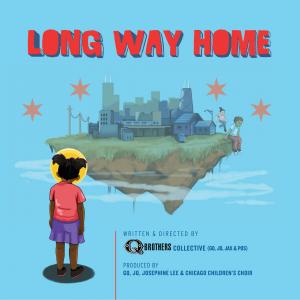 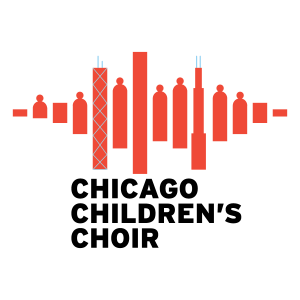 Chicago Children's Choir saw an opportunity to use the unmatched power of music and fuse it with Homer’s timeless, beloved epic to deliver a message of hope, unity, and empowerment.”
— Josephine Lee, CCC President and Artistic Director

Originally written for the stage, the Long Way Home production sold out five nights at Chicago's historic Studebaker Theater in 2018. The new studio recording captures the passion of the timeless tale while dealing with challenges of modern times and seamlessly integrates a range of home-grown musical styles, from blues to house. True to the album’s celebration of Chicago’s cultural scene, Long Way Home features custom artwork by Chicago-native Hebru Brantley.

“There’s never been anything like this,” Josephine Lee, CCC President and Artistic Director said. “This love note to the city that has nurtured our organization for 65 years is a testament to the global impact of Chicago’s peerless music scene—and the impact we’ve been able to have through it. Chicago’s youth and its musical culture are its greatest treasures. With this production, the Choir saw an opportunity to use the unmatched power of music and fuse it with Homer’s timeless, beloved epic to deliver a message of hope, unity, and empowerment.”

As with the theatrical performance, CCC collaborated with Chicago's award-winning hip hop musical pioneers Q Brothers Collective who masterfully brought the stage performance to the studio. Many of the original cast were reunited to record Long Way Home, and nearly 100 youth from communities across Chicago performed on the album.

“We’ve been using the hip hop musical form to tell captivating stories for over two decades,” said JQ of the Q Brothers Collective. “But Long Way Home is a one-of-a-kind fusion of Chicago’s wide-ranging musical styles. And what better way to honor a globally cherished story than by paying homage to the city we grew up in, while celebrating its own pioneers of musical genres whose influence can be heard in every corner of the world?"

In the spirit of the Choir’s mission to unite the world through music, the release of this exciting new cast recording will make the magic of Long Way Home available to listeners around the world while they work with the Q Brothers to re-stage the theatrical production in the 2022-2023 season.

About The Q Brothers Collective

The Q Brothers Collective (Creators, Writers, Composers) is internationally known for its hip hop adaptations of the classics. These productions include Othello: The Remix, Funk It Up About Nothin' (Much Ado), and Dress The Part (Two Gents). The collective has grown beyond founding members GQ and JQ, to include Jackson Doran and Postell Pringle. Together, Q Brothers Collective has written and composed Q Brothers Christmas Carol, Ms. Estrada (Lysistrata), Rome Sweet Rome (Julius Caesar), Long Way Home (The Odyssey), and more. Q Brothers can typically be found at Lollapalooza and Austin City Limits, performing and teaching kids to love rhyming as much as they do.

Founded in Hyde Park in direct response to the Civil Rights Movement in 1956, Chicago Children’s Choir (CCC) has grown from one choir into a vast network of in-school and after-school programs driven by one mission: to inspire and change lives through music. CCC has impacted the lives of more than 50,000 diverse youth throughout its 64-year history. Since its founding, CCC has focused on building programs that reflect the racial and economic diversity of Chicago. Eighty percent of youth served are from low-moderate income homes, with over 4,000 students annually participating completely free of charge. All singers in CCC programs receive some level of subsidy. High school seniors enrolled in CCC have a 100% graduation rate, becoming global ambassadors who carry on CCC’s core values in a wide array of professional fields.