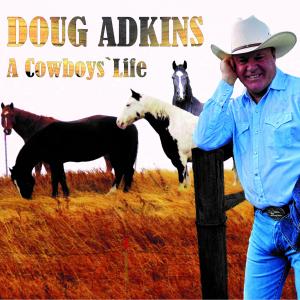 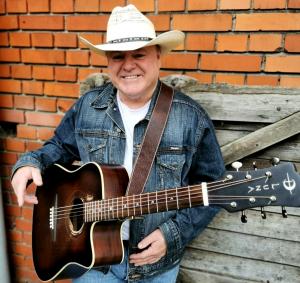 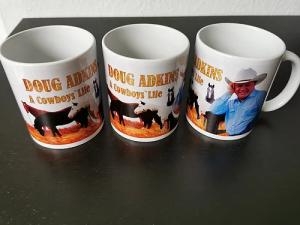 NASHVILLE, TENNESSEE, UNITED STATES, August 4, 2021 /EINPresswire.com/ — Doug Adkins' 10th CD titled “A Cowboys' Life,” is a fresh exhilarating welcome country musical experience for everyone who's ever wondered where did real country music go? Conveniently listen to all the songs in a shortened condensed YouTube video here: "A Cowboys' Life" from Doug Adkins

This 15 song CD, with its varying styles and energy give a dynamic listening country music experience! From Traditional and Americana Country to Roots Rock to Folk to Cowboy Music to Blues Country to Honky Tonk, it's all here and presented seamlessly as 15 songs masterfully weave in and out to create an exceptionally enjoyably good time. Recorded with some of the top Nashville studio musicians, Doug Adkins once again shows why he's gained so much worldwide respect as a Songwriter and Recording Artist. Unapologetic in his approach, Adkins takes the listener from the opening traditional country number “Stand for Something” to “Get A Little Drunker With Me Baby,” which is a humorous innocent take on a middle age couple meeting in a country club, dancing and noticing that they both don't have diamond rings on.

Next on the track list is “It Would Break Her Heart,” where Adkins humbly and honestly questions why thoughts of a past relationship still “linger in his mind, when there's nothing back there with her he could ever possibly yearn.”

The song “Billy Wants To Dance,” changes the mood immediately with it's upbeat driving fun story line of the view from being a “Front Man – Singer” on stage at a country bar and witnessing the humorous things you see from that perspective. From there it's back to the classic country sounds Adkins has become known for with the titles “Too Much Worry,” and “Hold On.” On these numbers, Brent Mason (guitars) and Scotty Sanders (Steel guitar) have put their unforgettable legendary signature sounds. The hard driving number 7 song “Country Certified,” is a nod to all the “Country Boys,” across the world, and shows an especially touching side in the 2nd verse with a tribute to Adkins' grandfather who used to break wild horses for a living before he passed on from Tuberculosis when the father of Doug Adkins was just 12 years old.

Number 8, a true cowboy ballad and the CDs' title track “A Cowboys' Life,” is just what you might expect to hear at any real country campfire or cattle drive riding the range across Montana, Wyoming, Texas, or Oklahoma. Next it's the banjo, steel guitar and country picking on the track “Jesse James,” that brings the energy right back into focus, which Adkins explains is actually an incognito relationship, self reflection song disguised with imagery of gun fights, riding your horse out on the prairie and knowing that tomorrow somewhere there “Must Be Something To Believe In.”

At this point the listener is wondering, where can we go from here, to which Adkins does not disappoint! As if to do a 360, “Tail Lights In The Mirror,” and “One Kiss,” take us back into the Americana Country – Roots Rock world with solid song writing and extremely well crafted themes. Then out of nowhere and certainly unexpected, we see a side of Doug Adkins most probably didn't know existed with his offering to his Church upbringings as he delivers likely the sleeper of the entire album, a song titled “Amen,” in which showing vulnerability and acceptance of ones own weakness in the human spirit become the strength of this song. Number 13, “Talk Of The Town,” is a sweet moving country number where the singer declares his appreciation for the type of lady that doesn't have to always “stand out in a crowd,” but is none the less the love of his life! Song number 14 “Please Stay,” may be one of the more interesting and revealing tracks where Adkins shows his vocal versatility and range when he decries “I don't wanna be another one of those guys, I don't wanna hear you say goodbye, this is as far as I thought I'd ever be, Please Stay With Me.”

The final listing, number 15 is a tribute to legendary Texas songwriters Ed and Patsy Bruce who both passed in 2021. The song, which was previously released by Adkins where he sang the lyrics Willie Nelson recorded were swapped out, replaced with the original lyrics Ed and Patsy Bruce wrote. The result is an upbeat, remixed and remastered version of the timeless classic “Mammas Don't Let Your Babies Grow Up To Be Cowboys.” Adkins does the song justice, and anyone who loves the classic version from Willie Nelson, will surely also enjoy the approach taken here.

Learn more about Doug Adkins and his new CD "A Cowboys' Life"
Listen to more music from Doug Adkins at dougadkins.com/music

Listen To “A Cowboys’ Life,” from Doug Adkins