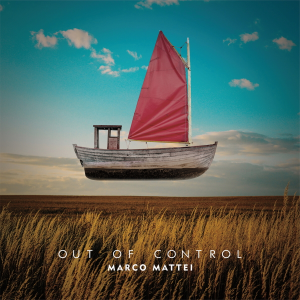 Marco Mattei – Out of Control 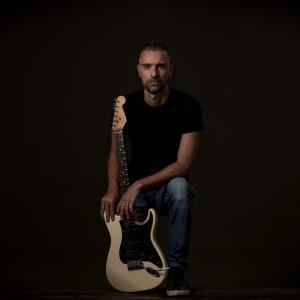 “Out of Control” is a multi-facet collection of intense, emotional songs. Marco creates a multi-layered, original sound utilizing a wide range of electric and acoustic guitars together with guitar loops, bouzouki and resonator guitars, supported by lifelong friends and globally acclaimed musicians. The musical texture is further enriched with a variety of acoustic/ethnic instruments such as Irish whistle, flute, fiddle, mandolin, pedal steel guitar, sitar and tambura played by a collection of musicians from all parts of the world.

The lyrics of this concept album revolve around things we cannot control such as the place and time we are born, the color of our skin or the people we meet during our life.

Says Marco, “Yes, this is a concept album about things we cannot control. The key insight is the realization that many aspects of what we perceive to be defining our identity are not under our control. And the main message is that this realization should lead to a change of perspective: as we put ourselves in other people’s shoes, we allow ourselves to become more open and empathic. The other aspect of it is that we cannot control the hand we are dealt with, but we can surely decide how to play it. Beside my passion for music, spreading this message of empathy and inclusion is one of the things that motivates me.”

Marco Mattei was born and raised in Civitavecchia, Italy. Very passionate about music from an early age, as a teenager he studied jazz guitar with Max Rosati while developing a deep interest in the creative vision and complexity of prog rock music. He joined DeBlaise, a new prog local band, contributing to the songwriting of their EP “By Common Consent” and to many years of live music. He also co-founded “The Snowdogs” a Rush tribute band.

As he earned his master’s degree in Electronics and MBA, he also developed an interest in sound engineering and design and attended advanced audio engineering and music production programs. Marco lived in six different countries in three different continents, exploring cultural differences, picking up musical influences and learning the value of diversity. He currently lives in the USA and continues to explore different musical styles as a composer, musician and producer, collaborating with artists from all around the world.

In closing Marco has this to impart, “Listen to the album multiple times and you will keep finding new dimensions to it. Pay attention to the lyrics and consider the perspective that, as we realize that many aspects of what we perceive to be defining our own identity are not under our control, we should tend to be more tolerant, empathic, and inclusive.”

“Out of Control” will appeal to listeners of Peter Gabriel, King Crimson, Pink Floyd, Radiohead and Paul Simon.

All tracks written by Marco Mattei, except for “Gone” by Andy Timmons.

Recorded in many corners of the world including Italy, the Netherlands, England, Ireland, Portugal, South Africa, India and the United States.

Mastered by Marco Mattei except for Void, mastered by Christian Wright at Abbey Road Studios