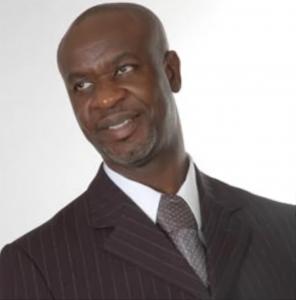 Loyalty Tunes, which will be launched in spring 2022, was created by an urban music industry veteran intent on giving music creators a fair shake

LONDON, UNITED KINGDOM, September 12, 2021 /EINPresswire.com/ — A music industry veteran is poised to launch a new streaming service, Loyalty Tunes, that will pay music creators substantially more than they currently earn on Spotify and other services.

Loyalty Tunes creator Tex Johnson runs a music production business in London called Street Jam Studios. Along with his partners, they have worked with some of the world’s leading Dance, R&B, Reggae and Hip Hop recording artists, either in a live touring or studio recording capacity.

“I first realized something was seriously broken and wrong with how streaming was being applied to music back in 2014,” Johnson said. “Around December of that year, I learned that Pharrell was paid a petty $2,700 in publishing for 43 million streams and $6,300 in recording royalties for 105 million streams on Pandora for his global hit song ‘Happy.’

“After learning about this ludicrous situation with Pharrell, I decided that the only way music creators were going to get a fair shake via streaming is if a bunch of us music creators teamed up with a bunch of software developers to build a new music industry streaming platform from ‘the ground up.’”
In 2016, Johnson put music production on hold to establish a web, applications and software development company in order to find a solution to the streaming problem.

“Streaming has been very successful for the tech companies and the 3 major labels, plus music fans love it. However, it has been devastating for music creators with the leading music streaming company Spotify paying music creators around $0.004 per stream and the world's biggest video company, YouTube, paying even less at $0.0007 per stream,” Johnson said.

Using a subscription model and training their music creator partners how to drive traffic to their new release pages on the platform (Via their unique referral links), Loyalty Tunes will pay music creators $4 per subscriber per month. In the internet marketing world, this is a very simple compensation model called “affiliate (Or referral) marketing”. It’s a new streaming service, a new streaming business model and a new music format (Music Video Apps), Johnson said.

The fee for Loyalty Tunes subscribers will be $10 a month. In addition to exclusive music, subscribers will receive other benefits, including up to 70 percent off hotels and vacations worldwide + discounts at participating grocery stores and restaurants, as well as amazing deals on clothing and jewelry via their very own Loyalty Tunes ecommerce store, in the members area.
Music fan subscribers will also be able to earn a residual income themselves by giving away Loyalty Tunes seven-day trials on their social media channels.

Johnson is seeking other music industry partners for Loyalty Tunes, including music producers, managers and artists who have their own labels and production companies. He said he is looking for companies and labels with a proven track record capable of delivering three-to-four new releases per month and who have released top-selling records or have had radio or club hits in their particular music genre.

“Musicians have really had it tough over here in the U.K. and all over the world because of the pandemic and our inability to tour. The fact that music creators are only paid fractions of a cent per stream is just further insult to injury,” Johnson said. “I built a streaming platform that will be a win-win for all – the streaming company, music fans and music creators.”

Johnson plans to introduce Loyalty Tunes in the spring with a Kickstarter or Indiegogo campaign. For more information, visit loyaltytunes.com.