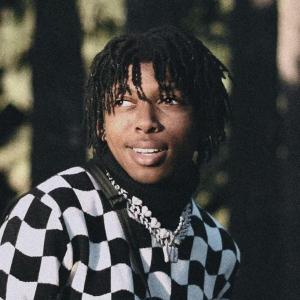 Yvng Homie is proud to be named among Instagram’s “Creators Shaping Hip-Hop Culture.”

As a dancer, hip-hop music really influences me throughout my work, and I’m honored to be considered someone who is contributing to the ever-changing culture.”
— Yvng Homie

ATLANTA, GEORGIA, UNITED STATES, September 22, 2021 /EINPresswire.com/ — Celebrity influencer and dancing sensation Jordan Daniels, better known as Yvng Homie, is proud to be named among Instagram’s “Creators Shaping Hip-Hop Culture.” The honor was given to only seven young creators, each of whom bring different aspects to the table. They are equally committed to pushing hip‑hop culture forward and sharing their talents with the world.

On Instagram, the company posted, “Because he's been at it since 2016, it's easy to forget that Jordan ‘Yvng Homie’ Daniels is still a teenager. That said, he's already established a massive amount of fans, thanks to his incredible steps, sunny disposition and superstar charisma.”

He began by creating a hip-hop choreography and how-to channel in 2016. Since then, the 18-year-old has amassed more than 4.9 million TikTok followers and 1.3 million YouTube fans. This virtual stage has provided Yvng Homie an opportunity to showcase his skills and collaborate with fellow viral performers such as dancer Lavado Arne Jr., Nick Kosir from Fox 46, Merrick Hanna from “America’s Got Talent,” actor Garrett Clayton and singer and actor Indiana. Yvng Homie has also partnered with brands including NBC Peacock TV, Doritos, Samsung, New Balance, Xbox and Post.

“It was an unexpected surprise to be included with these top influencers who are all so talented and inspiring,” said Yvng Homie. “As a dancer, hip-hop music really influences me throughout my work, and I’m honored to be considered someone who is contributing to the ever-changing culture.”

Taking advantage of his talents, Yvng Homie has created a platform where he spreads positivity through dancing to popular songs and comical TV show remixes. Yvng Homie was featured in the music video for “Holy Moly Donut Shop” by Blueface featuring NLE Choppa, which already has more than 45 million views and counting. He has also developed a Yvng Homie branded apparel line available online and a non-profit, Yvng Influence, where he performs and brings positivity to patients in children’s hospitals.