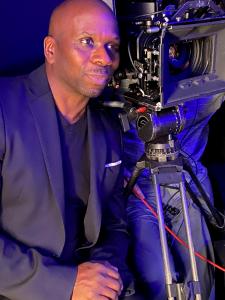 Dave Wooley, co-director/writer/producer of “Dionne Warwick: Don’t Make Me Over” 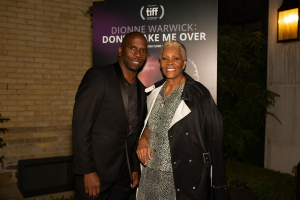 TORONTO, ONTARIO , CANADA, September 24, 2021 /EINPresswire.com/ — At the recent Toronto International Film Festival (TIFF) held through September 9th -18th, 2021, the documentary, “Dionne Warwick: Don’t Make Me Over”, which chronicles the life and career of the Grammy Award winning singing legend, won the "First Runner Up" honors in the documentary category of the TIFF People’s Choice Award. Ms. Warwick was also bestowed with the TIFF Special Tribute Award for her longtime career and work.

The documentary was a labor of love for its producer, writer and co-director Dave Wooley, who also co-authored Ms. Warwick’s autobiography, “My Life: As I See It”. “Working on Ms. Warwick’s documentary is a dream come true,” explains Wooley. “It took me five years to produce this film. While a project like this will have its ups and downs, especially given the time it took to complete the documentary, to see the movie come to fruition and most importantly, for Ms. Warwick to receive such accolades during her lifetime is gratifying and made it all well worth it".

The audience reaction to “Dionne Warwick: Don’t Make Me Over” at the Toronto International Film Festival amazed both Wooley and Ms. Warwick. “We received two standing ovations after the documentary was seen and the audience continued to cheer on afterwards,” Wooley says. “Keep in mind that the First Runner Up honors in the festival’s People’s Choice Awards are voted by folks in Canada who viewed the movie. We were competing against great films produced by major distributors so the competition bar was high".

This is the first theatrical documentary feature film based on the life of the singing legend. "I wanted to focus on how Ms. Warwick has been a transformational leader,” according to Wooley. “Her followers have become leaders. She has been on the forefront of change in culture throughout the decades. We focus on her work and commitment to Civil Rights in the 1960’s – especially when she and other folks of color toured the South during that time. Then we move on into the 1980’s and 1990’s with the AIDS epidemic and her ambassadorship on the US commission to address this matter, which led to Ms. Warwick prompting then-President Ronald Reagan to speak on the issue. And now here we are in 2021 and Ms. Warwick is a game changer on social media as the ‘Queen of Twitter’.”

The next stop for “Dionne Warwick: Don’t Make Me Over” is the Montclair NJ Film Festival on Saturday, October 23rd 2021 at 4 pm ET. The event is open to the public and tickets go on sale Friday, October 1st – www.montclairfilm.org/events/dionne-warwick-dont-make-me-over