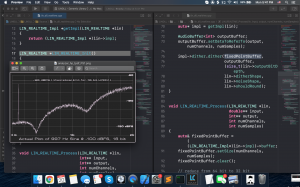 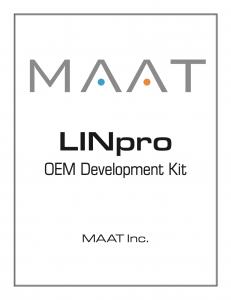 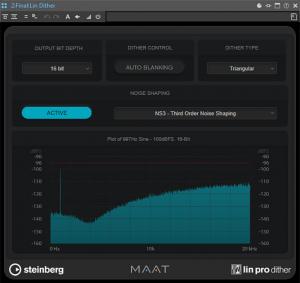 LINpro OEM incorporates a newly developed engine based on the current understanding of psychoacoustics, information theory and audio production best practices. As with other members of MAAT’s product family, extensive research and its double precision DSP (Digital Signal Processing) architecture contribute to its uncompromising quality. The technology can be integrated into applications and utilities for macOS, Linux and Windows operating systems.

Although dithering is usually considered an automatic function that can be ignored without consequence, mastering engineers know that redithering prior to delivery is the last opportunity to define the quality of their product. LINpro OEM includes seven modern choices for optimal noise shaping. Four of those options are derived from the most recent thinking in psychoacoustically optimized 5th, 8th and 9th order shapes.

Few audio software engineers carry the “street cred,” if not the name recognition, of MAAT CTO Christoph M. Musialik. As with other MAAT products, Musialik guided the development of LINpro OEM to ensure absolute fidelity. He suggested that, with modern computing power and a better understanding of human auditory response, it‘s time to revisit our knowledge of dither execution. “With properly implemented dithering and a touch of sophisticated noise shaping…we can achieve almost 19 bits of subjective resolution when truncating to a 16-bit format.” He added that, “…many of today’s re–dithering plug–ins deliver the equivalent of 15 bits (of) resolution or less.”

As Head of Professional Audio at Steinberg Media Technologies GmbH, Timo Wildenhain is dedicated to functionality and fidelity, shepherding their pro business into a worldwide phenomenon. “We have chosen LINpro dithering for our high-end mastering software WaveLab Pro 11 because we didn't want to make any compromises regarding sound quality and ease of use.” His opinion is unequivocal. “LIN is simply the best dithering on the market.”

To ensure a competitive advantage, the LINpro OEM Developer Kit, including DSP library and C++ source code, is available for licensing now exclusively from MAAT. Additional information, including developer documentation and pricing, is available on inquiry.