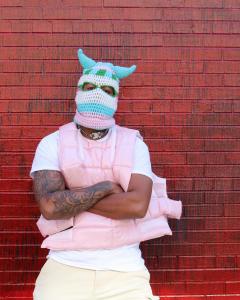 From College to Stardom

CHICAGO, ILLINOIS, UNITED STATES, October 19, 2021 /EINPresswire.com/ — Djk.o_ is an American dj from Chicago, IL. He quickly became one of the best Dj’s in Chicago after winning multiple Dj competitions. The first Competition he was apart of was Northern Illinois Dj Battle. This competition was a big one but it gave me notice around Chicago. A few years later he had a Dj competition at Illinois State, and this one was huge, there were 10,000 people in attendance. After winning the competition many people started calling Dj KO one of the best Dj’s in Chicago.
This was all the leverage he needed. Promotors started to hire him at the night clubs around Chicago and surrounding Cities. Djk.o_ was in such a high demand that he decided to go on tour around the U.S. His first tour he went to cities such as Dekalb, Bloomington, Champaign, and Iowa City. Djk.o_ fans loved every minute of it. It’s reported that he made 50,000 on his first tour.
This tour that starts October 31st is a highly anticipated tour. He plans to release new venues and cities that his fans can travel to. He wants this tour to United his fans from across the United States. He plans on selling tour merch to everyone that supports him. On this tour he also plans on working with artist such as MVP MHAD, Dlow, Queen Key, G Herbo, and many more.
Djk.o_ will release his tour dates October 22, 2021, just enough time for everyone to get their tickets.
Add his social media’s to know when everything will be released.