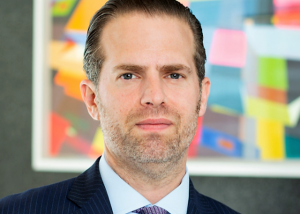 NEW YORK, NY, UNITED STATES, October 20, 2021 /EINPresswire.com/ — According to Daniel Schnapp, there is no denying that the recording industry is highly competitive and that singers and songwriters alike are protective of their works – as they should be. New York attorney, Daniel Schnapp, discusses how the evolving legal and technological landscape is affecting how lawyers should advise their music industry clients, especially in the areas of Intermediate Copywriting. He brings up a recent case between Tracy Chapman and Nicki Minaj as an example.

In Tracy Chapman v. Nicki Minaj, Chapman alleged that Minaj infringed upon her copyright by using a musical component of her song by working a portion of it into a song Minaj was experimenting with. Minaj did seek a copyright license from Chapman, which was denied. The portion of Chapman’s song remained in a demo that a radio DJ played on-air prompting Chapman to file a motion for Summary Judgment claiming that Minaj’s continued use of Chapman’s work in the demo, despite being denied a copyright license, was infringement.

Minaj argued that creating a demo that included the portion of Chapman’s song was “fair use.” The court ruled in favor of Minaj focusing on the fact that Minaj did not exploit the work for financial compensation in absence of a license from Chapman and noting that Minaj’s private use of the music did not encroach on its marketability for Chapman.

Perhaps the most notable thing to come out of this court case, according to Daniel Schnapp, is that the court found that allowing artists to experiment with preexisting material, even without licenses to do so, is important to promote innovation and creativity rather than limiting them. In essence, the court provided safe ground for the concept of “intermediate copying.” The concept of intermediate copying is simple, though legally complex. It argues that it is sometimes essential to use portions of existing work in music, art, and computer programming, in order to develop new work.

In the case of musicians, because many will refuse licenses until they have a “sample” of how their work will be used in the “new work,” intermediate copying is an essential, even necessary, part of the creative process – even for those seeking legal permissions to do so. As technology evolves and more musicians use artificial intelligence in the creative process, even more questions arise. It is always wise, warns Daniel Schnapp, to work with an attorney who is familiar with intellectual rights and intermediate copying to protect all parties when these types of questions arise.