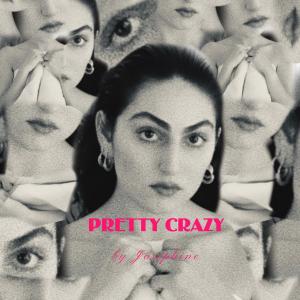 There is sultriness like Lana Del Rey and Amy Winehouse found in her sound, blended with lyricism that’s poetic and mystical. This is evident in Joséphine Tehrani’s elegant old-world music video “Babygirl.” 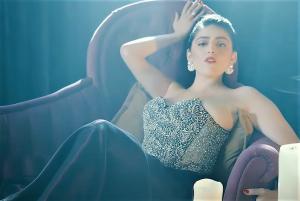 Mixing eroticism and experimentation together in her music, the Persian-American singer/songwriter weaves a multitude of influences in her music, inspired by artists from the U.S., U.K., and Middle East. 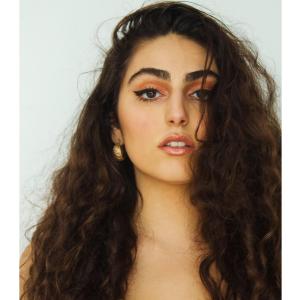 In support of her single and video, Joséphine performs songs off “Pretty Crazy” tonight at Adults Only in Hollywood as part of the Breaking Sound L.A. Showcase. The show features some of the hottest emerging artists, who collectively have 198k+ monthly listeners.

The viewer can almost smell the cigarettes in the bar scene as Joséphine hands her man a ruby-red strawberry. In this enticing video, she clearly demonstrates her brand: luxurious; not messing around”
— Drop The Spotlight

Mixing sensuality and empowerment together in her music, the Persian-American singer/songwriter weaves a multitude of influences in her sound, inspired by artists from the U.S., U.K., and Middle East. There is a sultriness like Lana Del Rey and Amy Winehouse found in her songs, embedded with poetic lyricism, much like artists from her Middle Eastern upbringing. This is evident in her elegant music video for her lead single “Babygirl.”

Anchored with husky vocals, punchy piano keys and a hook-y chorus, Joséphine’s video breathes a Madonna-esque quality that’s both charming and seductive. Characterized by old-Hollywood-esque decadent scenes within a hotel, it details the fuzzy romance between her and the non-committed lover in the song.

“In 2019, I was wandering around Jaffa (South Tel Aviv), Israel, one evening and happened across this Hotel called the Inta Gay Hotel (yes really). I walked in and saw they were doing a live model sketching of this handsome man perched upon a gorgeous deep burgundy chaise lounge, with string lights draped around him as guests drew him. Immediately I knew this was ‘Babygirl,’” says Joséphine. “The entire hotel had this beautiful vintage Art Deco aesthetic feel that made me feel like I was coming home. The owners Kobi & Ziv became great friends—they saw the vision and had a lot of faith in me. I’m proud to say I was able to create art in a place I love, with strangers who became family, showcasing Israeli creatives and highlighting their work.”

The songstress affirms her music came to fruition during her Tel Aviv stay. Honing her craft, she put together what would be her debut nine-track set aptly titled, “Pretty Crazy.”

“When I left Los Angeles for Tel Aviv, I had no connections, no money, no plan—simply just the desire to connect deeper with myself and create an honest body of work,” says Joséphine. “I spent three months in isolation, where I wrote, recorded and produced ‘Pretty Crazy.’ The songs on the record are an honest portrayal of the journey of self-discovery, self-love and self-acceptance. There’s an empowered vulnerability that’s present. It defines me as, ‘Yes, I am passionate and glamorous and vulnerable and confident, quirky and complicated. And I’m also pretty and crazy. I am all of it and I own it.”

In support of her single and video, Joséphine will perform songs off “Pretty Crazy” tonight at Adults Only in Hollywood as part of the Breaking Sound L.A. Showcase. The show features her along with some of the hottest emerging artists and bands, who collectively have 198k+ monthly listeners. Tickets are still available.

About Joséphine:
Joséphine Tehrani is a singer, songwriter, and actress. Born-and-raised in Tucson, Arizona, the Persian-American was bit by the music bug at the age of six, when her mother came home with a karaoke machine with five songs on it: Cher’s “Believe,” Jennifer Lopez’s iconic “Jenny from the Block,” Faith Hill’s “Breathe,” Dixie Chicks’ “Landslide” cover, and Britney Spears’ “Oops! I Did it Again.” Racing home from school every day, the budding vocalist couldn’t wait to perform the songs. Choosing entertainment as her platform of expression, she eventually moved to Los Angeles at 17, where she launched her career in music and film. To date, she has appeared in television and film as well as performed globally with her music. Her first musical project, an album entitled “Love Trap: The Story,” garnered over a quarter million streams worldwide. Influenced by the early greats of American Jazz and Soul (Frank Sinatra, Amy Winehouse, Dinah Washington) and Middle Eastern legends (Moein, Omid, Ebi), her passion to bridge the two musical worlds is evident on this offering as well as her latest album, “Pretty Crazy.”