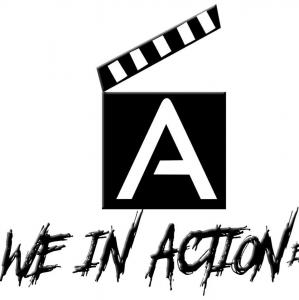 ATLANTA, GEORGIA, UNITED STATES, October 27, 2021 /EINPresswire.com/ — “Lights, Camera, Action.” It’s a phrase frequently repeated by film crew members, but this saying is taking on a whole new meaning. Jordan King, also known as DerriQ, is the founder and CEO of We In Action (WIA) Entertainment, an independent record label based in Greensboro, NC. Launched on November 24th, 2020 WIA helps promote and market artists to reach their maximum potential.

Part of the company plan is to become one of the leading record labels in North Carolina and compete with entertainment business leaders in the United States and on the global stage.

Growing up in a church-raised home with his grandmother, DerriQ was 3 years old when he first found his love for music when introduced to the drums at church.

“Sometimes, I think about that little boy on the back of the church pews with broken-off fan handles and using them as drumsticks,” DerriQ said. “I knew right then I would be a drummer. But I never imagined having my label.”

The goal of WIA is to work in tandem with established and upcoming artists. The label wants to support independent artists who seek to make their dreams a reality. WIA offers exceptional services from a highly experienced team of producers, engineers, photographers, and videographers to help artists climb up the ladder of success.

“We will exceed our clients’ expectations whenever they contract with our label and will fulfill their musical needs,” DerriQ said. “At We In Action Ent., we live by our values A.C.T.I.O.N-Accomplishments, Community, Trustworthiness, Innovation, Opportunity, Networking, and our organizational motto, ‘Always Forward, Never Backwards.’ We give you that musically inclined feel, high-quality videos, confidence, and satisfaction at all times by the protection of our resources.”

To learn more about updates and see what WIA has in the works, visit the company’s website and DerriQ’s page. Additional information about WIA is available on the label’s social media platforms, and check out the label’s upcoming artist Shamika Chantaè.

Jordan King, nicknamed DerriQ J, is a native of Kinston, North Carolina. DerriQ is the founder and CEO of We In Action Entertainment. He's been in the music industry for over 25 years. In his tenure, he received his Bachelor of Arts from North Carolina A&T State University. DerriQ was a member of Cold Steel, NC A&T Blue and Gold Marching Machine's drumline, and currently a life member of Kappa Kappa Psi National Honorary Band Fraternity Inc.

DerriQ is on a quest to get North Carolina artists the recognition that they deserve. He truly believes North Carolina can compete with any other state when producing the same level of music plus more, and he is willing to bet his last dollar on it.