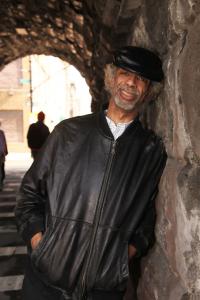 NYC Amphitheater Named in his Honor

WASHINGTON, DISTRICT OF COLUMBIA, UNITED STATES, October 27, 2021 /EINPresswire.com/ — Legendary poet, musician and author Gil Scott-Heron will be inducted posthumously in the “Early Influencer” category among the 2021 class of inductees at the 36th Annual Rock & Roll Hall of Fame Induction Ceremony held October 30th at the Rocket Mortgage Fieldhouse, Cleveland, Ohio. Scott-Heron, who died in 2011, will be represented by family at the ceremony.

“We are thrilled by this honor,” said Rumal Rackley, Scott-Heron’s son and Administrator of his estate. “The ‘Early Influencer’ category reflects what Gil Scott-Heron’s work has and continues to mean to the music industry since his first album was released in 1970.”

Scott-Heron’s artistic blending of poetry and music was the precursor to rap. His crucial voice of protest deeply influenced black music across genres, especially hip-hop. He is most famous for the iconic political protest song “The Revolution Will Not Be Televised,” released in 1971, which became an anthem for activists for equality and police reform in the wake of the murder of George Floyd. His poem, “Whitey on the Moon,” recorded in 1970 and written to pan the excessive expense of the 1969 moon landing, trended on social media this summer during media coverage of the “billionaires’ space race.”

“Gil’s body of work spans 50 years, and the poetic words Gil spoke to promote peace and justice are as relevant today as they were back then,” said Rackley.

Indeed, Scott-Heron’s music and words are very much in demand. His work continues to be licensed for inclusion in high-profile movies, documentaries, and television series, including the use of “Whitey on the Moon” in the 2021 Emmy nominated episode of the HBO blockbuster Lovecraft Country. Questlove also made use of Scott-Heron’s work in the trailer for Summer of Soul (…Or, When The Revolution Could Not Be Televised). Scott-Heron won a posthumous Grammy Lifetime Achievement Award in 2012, and “The Revolution Will Not Be Televised” was entered into the Grammy Hall of Fame in 2014. Scott-Heron is also featured in exhibits at the Smithsonian’s National Museum of African American History and Culture.

The show will air on HBO on November 20th and on additional HBO networks and Sirius XM Radio.

To license music or request use of Gil Scott-Heron’s image or written works, contact Rumal Rackley at gilscottheronestate@gmail.com.