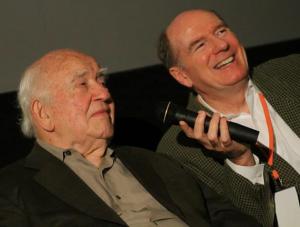 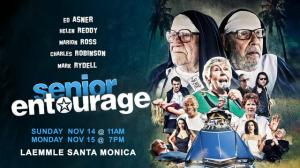 There will be a Q & A following each screening with director Brian Connors, who will discuss his experience of working with Ed Asner. Over his decades long career, Ed Asner won 8 Emmy Awards and 5 Golden Globes.

Ed Asner would have been 92 on Nov 15. Senior Entourage was one of his last films.

Tickets are on sale on The Laemmle Monica Film Center website below.
https://www.laemmle.com/film/senior-entourage

Director Brian Connors is so grateful to Greg Laemmle of The Laemmle Theater who agrees that movies and especially comedies are meant to be enjoyed in a theater with an audience. “Come out, enjoy and laugh with your fellows and friends” says Connors.

The Laemmle Theater will be following CA social distance guidelines etc. See their website for the latest details.