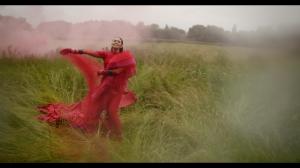 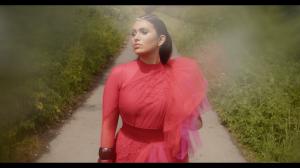 The multi-talented artist effortlessly showcases her vulnerability, passion, and tenacity with her artistic eye and honest lyrics

I’m so grateful to be bringing my community of fans along with me on this journey, and I hope to be a part of theirs, too”
— Shaima

LOS ANGELES, CA, UNITED STATES, October 28, 2021 /EINPresswire.com/ — Shaima is best known for her one-of-a-kind sound and soothingly smooth voice. Throughout her music career, she’s defined her own path to success, and she has proved time and time again that her talents are ever evolving. This path has been met with many twists and turns along the way, which inspired her latest single, “Rocky Road.” The artist dives deep into the rollercoaster that is everyday life, putting her relatability and brave vulnerability on display. Now, she has combined her heartfelt lyrics with striking visuals in the release of her “Rocky Road” music video, which debuted on YouTube on Friday, October 29th.

“Rocky road is a journey of the ups and downs in life, an expression of letting go, trusting in yourself and going with the flow,” says the multi-talented singer. “I’m so grateful to be bringing my community of fans along with me on this journey, and I hope to be a part of theirs, too.”

The eye-catching visuals and creative concepts for the “Rocky Road” music video were shot and produced by Visionnaire Pictures. The story follows Shaima as she hikes through unsettled terrain in a head-turning red dress and tulle veil. The contradicting glamour and ruggedness speak to the sometimes difficult, sometimes beautiful moments in life’s greatest journeys.

Throughout this year, Shaima has tackled her career in the music industry head on with a slew of new singles, videos, and star-studded appearances. She was named “BBC Asian Network Artist of the Week” and has been featured by key media outlets including BBC, VH1 India, Trace Neija, Westside Radio, OK! Pakistan. Her fusion of enthic and modern pop tunes makes Shaima’s unique sound stand out among the rest, and “Rocky Road” is just testament to that.

Don’t miss out on the release of Shaima’s video debut for “Rocky Road.” Listen to Shaima on Spotify and Apple Music, and watch her latest videos on YouTube. Stay updated with upcoming releases, new music videos, one of a kind merch announcements, and more on Instagram @Shaima.

Raised in West London, Shaima was heavily influenced by the multicultural environment that engulfed her. With mixed heritage in Pakistan and India on one hand and roots in England and North Ireland, her influences were truly international. Two years ago, she achieved “Track of the Week” with BBC Asian Network for her single “Phenomenal.” This year, she is coming in full force, set to send an ethnic wave through the industry. Her third single “Girl Gang” – released on February 16th – is a “RnB/Eastern” beat track which encapsulates her beliefs in a playful yet powerful way. Early March 2019, Shaima was named “BBC Asian Network Artist of the Week” with Bobby Friction. The song peaked at #10 and #7 onb Music Week’s “Upfront Club” and “Commercial Pop” charts!