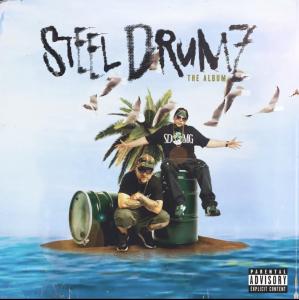 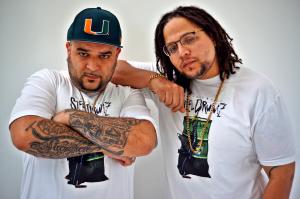 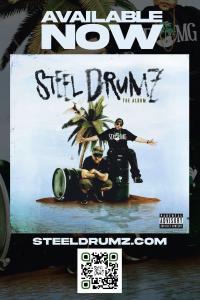 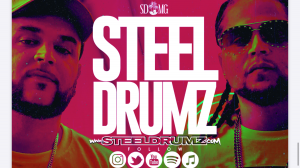 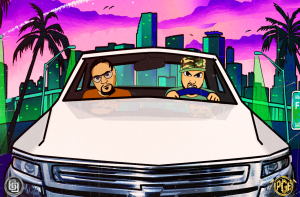 Originally formed in Miami, Steel Drumz launched their self-titled debut album earlier this year with the backing of American record producer, Gorilla Tek (aka Tony Castillo), and Living Proof. The Argentinian and Bahamian duo have been making their impact felt ever since. Dropping two hot new singles this year including “Give it 2 U” and “High on U,” Ft Mcklezie of the former group Grind Mode, the duo has been on a fast ascent.

Recently, Steel Drumz’ latest music video, “Deserve That,” filmed by FNO Productions, LLC, released earlier this year and produced by the legendary world reputable Gorilla Tek, has become a favorite among the Florida coast’s hip hop community. Also featuring rap artist, Mike Smiff, the video takes audiences on a trip through Miami Beach with the artists and their entourage enjoying everything they deserve. The video showcases party fun on a custom 30ft armored truck converted into an indoor club with beautiful women. Coasting to sites by Haulover Beach, Steel Drumz and Mike Smiff bring energy and class to the video that continues to thrill viewers around the world.

“We’ve been gearing up to release our latest music and have been working behind-the-scenes on a host of new tracks that are set to hit the airwaves in the coming months,” says Steel Drumz. “As Miami’s hip hop scene continues to propel global trends, we are setting the stage for our next big launch. Until then, we invite fans to check out our latest music video for “Deserve That” on YouTube.”

Breaking through the digital streaming charts with their latest tracks, Steel Drumz have grown exponentially over the summer, working with platinum producer Gorilla Tek (Behind hits from Flo Rida, Trina, 8Ball and MJG, just to name a few) to bring a unique sound to the forefront of the music industry.

Steel Drumz is also the mastermind behind its own apparel line, Slid Star Apparel. The line is designed for anyone who has been through hard times and has come out wiser and stronger. Additionally, the duo also owns @weneedpromo, a custom apparel and promo material manufacturing company. All of these initiatives are what make Steel Drumz a truly unique multi-faceted entertainment group.