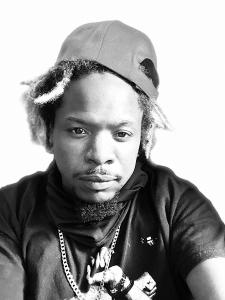 Diverse, catchy, and meaningful – Desixz checks all the right boxes with his new album.

DURHAM, NORTH CAROLINA, UNITED STATES, November 3, 2021 /EINPresswire.com/ — Up and coming artist Donald Johnson, also known as Desixz, launched his album ‘Lasarus’ on September 13th, garnering much attention from rap fans in the country. This album’s production involved the talent of New Life ENT LLC and 8&4 Entertainment, both of whom have done an excellent job. However, its lyrical content, which has audiences enraptured, was the brainchild of the artist solely.

The feedback that Desixz has received on his album has been encouraging so far. Listeners have likened his music to works produced by big names such as Jay-Z and Kendrick Lamar. The artist says this may be due to the seamless incorporation of wordplay in his music. Desixz traces back his music inspiration and motivation to his life experiences. The musician incorporates parts of his life, lessons learned, and events into a seamless story relatable to audiences yet unique. The distinct wordplay and skillful delivery of the song’s concept result in a one of a kind product by Desixz.

A spiritual person at heart, Desixz doesn’t limit his inspirations only to musicians. He draws inspiration from people from all walks of life; something these idols have in common is that they are people with a strong sense of business and power. Plans for Desixz include releasing more great music. For now, the artist encourages his readers to check out and buy his music. Fans can also get in touch with him through his socials. Moreover, the artist also welcomes interviews, reviews, and collaborations.

Donald Johnson has always been a musician at heart. He started pursuing his passion for music at the tender age of twelve and would write poetry inspired by 2 Pac, Jay-Z, Scarface, and Biggie. Now, as a young man, Donald’s ultimate goal is to become one of the biggest storytellers of all time. Ambitious and ready to put in the hard work, the artist envisions being alongside the great composers and storytellers that have come before.